Speaking to Hot 97, Chance the Rapper said that he is currently working on a new song with Stephen Colbert. He didn't elaborate exactly what he was doing with the Late Show host, but then discussed his anticipated new album: "I’m working on a lot of music and a lot of individual projects right now, but my focus is eventually getting out of this trilogy of music that would be #10Day and Acid Rap and third mixtape. And eventually to get to a place where, you know, like I said: stand on top of something and look around and be like, 'This is what I do'. I’m not just rapping to rap. This is what I do....It's a project just like any other project, but this one is defining."

Modern Baseball have announced they will release their new album, Holy Ghost, next year.

A musical based around the beginnings of Beastie Boys will open in London next month.  The show is an unauthorized production of the iconic hip-hop trios story.

Next month, The Pains of Being Pure at Heart will release a new EP called Hell, where they cover James' "Laid." Take a look at the cover, below: 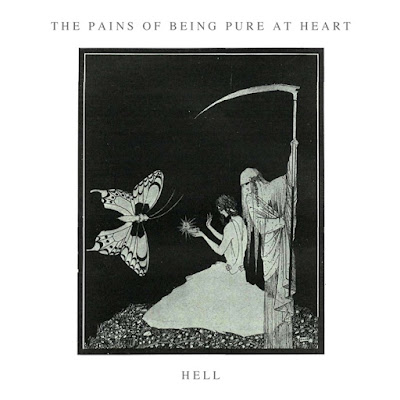 Posted by Salvatore Bono at 7:09 AM