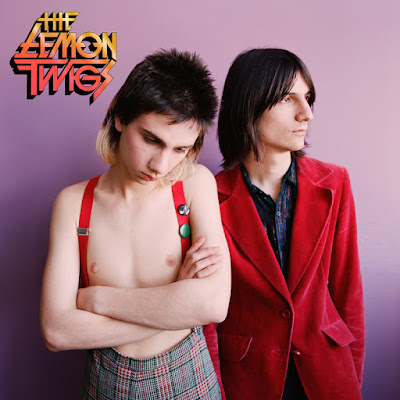 This superlative and tradition began in 2011 when a little British artist made a lasting impact on us, that artist James Blake, has gone on to release a handful of superb EP's, a magnificent sophomore LP, won the Mercury Prize and was nominated for a Grammy. Needless to say, we feel like we were correct in picking him and starting this award with him.

Glam and classic rock has returned and it is thanks to two brothers from Long Island -- The Lemon Twigs. The band, who we picked as our September Rising Artist,  signed to 4AD over the summer and released their stellar debut, Do Hollywood. The glam-meets-baroque duo are a band that have been inspired by the 1970s and early 80s as well as the dangerous New York City-era their parents told them about. The teenage duo also write hooks that would make Brian Wilson and Lennon / McCartney proud. The harmonies, ideas and clever art they are crafting certainly makes them ones to watch and listen.


Their live shows are also something else. In an era when people say "rock is dead" a handful of teenagers from the same town as Bill Joel are out to prove everyone wrong.
Posted by Salvatore Bono at 6:39 PM