The Prodigy are currently working on their new album, the latest update the ravers gave us was that the title of the record will be How to Steal a Jet Fighter.

Biffy Clyro have revealed the name of their new ambitious double album effort, one disc will be called, The Land At The End Of Our Toes and another titled, The Sand At The Core Of Our Bones.

The Darkness announced the title of their new album. The record, Hot Cake will be out later this year.


Portishead's Geoff Barrow is having a busy 2012, after releasing his massive Quakers hip-hop project, his other side project, Beak> will release their new album, >> this summer. First in June digitally, then July in a physical release.

Mumford and Sons have finished recording their sophomore album after keyboardist Ben Lovett spoke to NME. Lovett then said, "But if we listen back while we're mixing and discover it's shit, we'll just start again. We're not going to put it out until it's good enough."

Odd Future member and hip-hop's biggest enigma, Earl Sweatshirt has landed himself his own record label. Earl has inked a deal with Columbia records to start an imprint called, Tan Cresada.

Much like he did with Blur, Damon Albarn is now backtracking on statements he said reguarding the end of Gorillaz. In an interview with Shortlist, Albarn said he could make a new album without artist Jamie Hewlett. Albarn said, "It was very much Jamie did the visuals and I did the music. The music won’t change, so there could be another Gorillaz record tomorrow. It wouldn’t necessarily have Murdoc - the cartoon aspect to it - but musically, no, nothing’s changed whatsoever."

Hank and Cupcakes have released the title and cover to their debut album. The duo will release the album, Naked later this year. Take a look at the cover below: 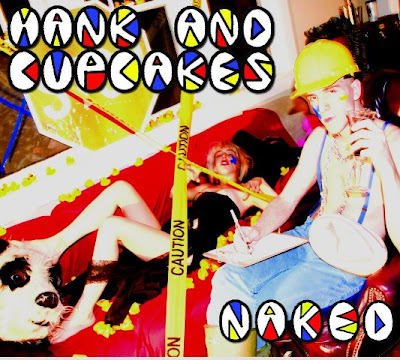 Posted by Salvatore Bono at 7:27 AM