Sad news to report, legendary Miles Davis guitarist and Vernon Reid collaborator, Pete Cosey passed away at age 68. His cause of death is unknown, but Cosey collaborated with many of music's greats including; Howlin' Wolf, Muddy Waters, the Rotary Connection, and Etta James.

On September 18, A Fine Frenzy will release her new album PINES.

Congrats to Amanda Fucking Palmer on raising over a million bucks on Kickstarter to fund her new album. Palmer originally set the goal to be $10,000, yet the money kept pouring in from fans all around the world. Read our 2009 interview with Palmer HERE.

Wu-Tang member Ghostface Killah is releasing a limited edition line of skateboards and shirts with Marvel Comic's artist, Mike del Mundo. The decks and shirts will be released on June 5.

The mother of late and great DJ AM will be launching an addiction fund in her son's name called The DJ AM Fund. AM died of a overdose in the summer of 2009.

Dan Deacon has released info on his new album. His latest, America, will be released on August 28, take a look at the tracklisting below:
01 Guilford Avenue Bridge
02 True Thrush
03 Lots
04 Prettyboy
05 Crash Jam
06 USA I: Is a Monster
07 USA II: The Great American Desert
08 USA III: Rail
09 USA IV: Manifest

The Darkness have announced the full details to their comeback record. The album, Hot Cakes will be released on August 20 and it includes a cover of Radiohead's "Street Spirit." Take a look at the tracklisting below:
'Every Inch Of You'
'Nothing's Gonna Stop Us'
'With A Woman'
'Keep Me Hangin' On'
'Living Every Day Blind'
'Everybody Having A Good Time'
'She Just A Girl Eddie'
'Forbidden Love'
'Concrete'
'Street Spirit (Fade Out)'
'Love Is Not The Answer'

Bloc Party have released the title and cover to their comeback record. The album, Four will be released on August 21. Take a look at the cover below: 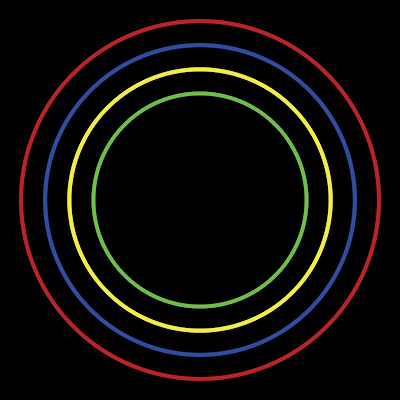 Posted by Salvatore Bono at 4:07 PM