Live Review: The Afghan Whigs at The Apollo 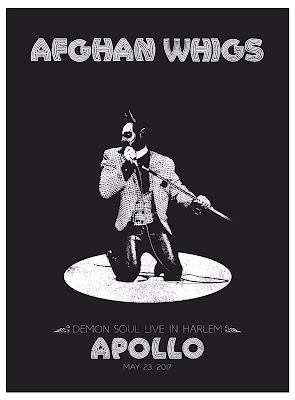 The Ohio band played the special show as a warmup before they head to Manchester, England, Friday to kick off their European tour in support of their fantastic new album, In Spades. It was a one-off gig for the Whigs before they return to the States in the fall for a proper tour and if the warmup show was any indication, fans around the world are in for a treat.

Opening with "Birdland" and "Arabian Nights" off their latest, they dove right into "Matamoros" from 2014's comeback reunion record, Do to the Beast. Dulli, who reformed the band in 2012, and have constantly toured since, has never looked as happy as he did playing inside the famous room. It was as if the ghost of James Brown haunted the singer as he and his band put on a gig for the ages.

Combining new tunes and classics like "Gentleman," "John the Baptist," "Somethin' Hot," and "Summer's Kiss," the fans were going crazy after each song. 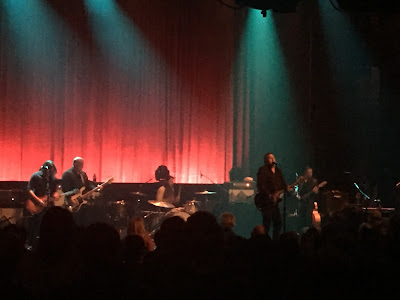 The most poignant moment of the night came when Dulli introduced a cover of Pleasure Company's "You Want Love." Dulli spoke about cancer-stricken Whigs guitarist, Dave Rosser, who is fighting the disease and is not on tour with the band. He talked about how he and Rosser would always see Pleasure Company in New Orleans and one day wanted to cover their tune, "You Want Love." Dulli dedicated the song to his sick friend and said: "I hope you feel this," as the band played it for the first time.

Listen To Our Essential Afghan Whigs Playlist on Spotify!

Soon after, Dulli introduced world renowned soul singer Lee Fields on stage as they did a cover of JJ Cale's "Magnolia." Fields wasn't the only guest to join the stage as opener Joseph Arthur, a close friend of Dulli's would sing backup on a few songs as well as Mighty Fine singer Steven Myers, would dance on stage and add an entertainment value that no one but he could bring. 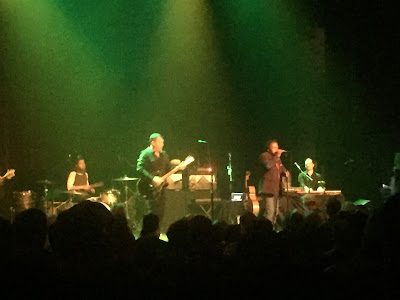 For the 90-minutes the band was on stage, they plowed through 22 songs including covers of The Beatles "Penny Lane," and Bonnie Raitt's "I Can't Make You Love Me," as well as Dulli's other band, The Twilight Singers' "Teenage Wristband."

The unstoppable power this band possesses mixed with their perfect rock and soul hybrid not only makes them one of the best bands around, but America's most criminally underrated and underappreciated act around. When the Afghan Whigs come to down, you must do yourself a favor and see what they offer. From the musicianship to showstopping qualities, this isn't just a rock and roll show, it is an experience.
Posted by Salvatore Bono at 6:00 PM