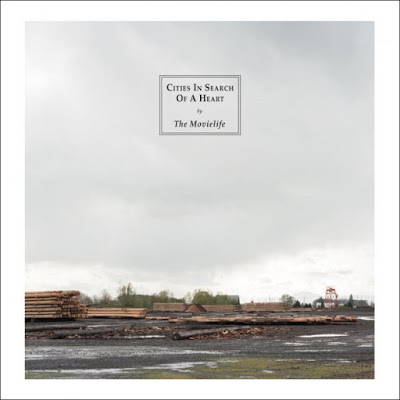 In September, The Movielife will release their first album in 14 years called Cities in Search of a Heart. Take a look at the cover, above.

SZA will finally release her long-awaited debut, CTRL, next month. Take a look at the cover, below:

After 40 years, iconic LA DJ Rodney Bingenheimer aka Rodney on the ROQ will retire. The man helped usher in British music in the United States and has been credited for the success of artists like Coldplay, Sex Pistols, Ramones, Blondie, Duran Duran, Nirvana, No Doubt. He posted on his Facebook page Thursday: "It has been an amazing run, and I will be thanking all of you when I say goodbye to KROQ next week,” he wrote on his Facebook. “I am planning on some special callers and special music as I say a proper goodbye. As this chapter closes, I will be opening another chapter of my rock life soon. I may be done with KROQ, but I am not retiring. I hope you continue to join me on that journey. I have the greatest fans of all time and you’ve made my time at KROQ a fantastic one.”

Rolling Stones guitarist Ronnie Wood is recovery after having lung surgery. He is expected to make a full recovery and will be able to tour with the Stones in September.

Speaking to New Zealand radio station Rock FM, Josh Homme discussed the forthcoming Queens of the Stone Age album. “I feel like we’re just leaning on the gate waiting for someone to open that sucker up so we can move,” Homme said. “I think the record feels that way too — it feels uptempo.” He added: “At the end of the day, this is just a musical way to explain a lifetime. So the most important record I’m making is the one I’m working on. For the lack of a better term, I bet my life on it. If you don’t risk anything, you’re not gonna get anything. I don’t want to copy myself, I just want to take another chance at it. It keeps it always exciting that way.” A full release date has not been set.
Posted by Salvatore Bono at 7:43 AM