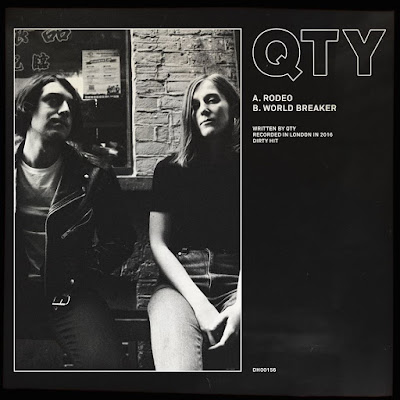 At first listen, one might think that QTY was a band that came from New York City in the 1970s and is just getting attention now. That is not the case. The four piece hail from today's NYC and make rock and roll dirty and flawed the way it should be. It is a cross between The Velvet Underground, Television, and The Rolling Stones. It is heavily distorted and something you want more of. The band  took SXSW storm in March and have released a new single called "Rodeo," earlier in the year. While there has been no official announcement for a debut record, we hope it comes very soon.
Posted by Salvatore Bono at 6:11 PM