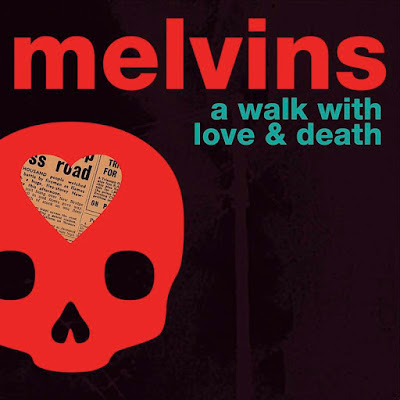 Melvins have released the cover of their double LP, A Walk with Love and Death, which is out in July. Take a look, above.

Orchestral Maneuvers in the Dark will release their new album, The Punishment of Luxury, in September. The new wave duo released the tracklisting, take a look, below:
1. The Punishment of Luxury
2. Isotype
3. Robot Man
4. What Have We Done
5. Precision & Decay
6. As We Open, So We Close
7. Art Eats Art
8. Kiss Kiss Kiss Bang Bang Bang
9. One More Time
10. La Mitrailleuse
11. Ghost Star
12.The View From Here

Sad news to report, Mazzy Star drummer Keith Mitchell has passed away. The new was released on the band's Facebook page where they wrote: "We have lost the much beloved Keith Mitchell, a very talented and amazing drummer that we have had the privilege to work with for many years, he will live in all of our hearts forever.... We’ll miss you, Big Fella.” No cause of death has been released. Our thoughts are with his family, friends, and band.

Marilyn Manson was supposed to release his new album Say10 on Valentine's Day, however, that came and went and never arrived. Now, he has announced that the title has changed. The new record is called Heaven Upside Down and is out later in the year.

Posted by Salvatore Bono at 6:23 PM