AS YOU WERE Pre-order from midnight LGx pic.twitter.com/0B2RXGGZJr
— Liam Gallagher (@liamgallagher) June 22, 2017


Liam Gallagher has revealed the cover to his debut, As You Were, on social media. Take a look at it, above. According to his website, the album will be out in October.

Next month, Eric B. and Rakim will reunite and perform together for the first time in over 20 years. The iconic duo will perform at the Apollo Theater.

Speaking to TMZ, Havoc opened up about the passing of Prodigy of Mobb Deep. The rapper's partner passed away at 42 suddenly in Las Vegas earlier in the week. He was driving with his kids in the car when he got the news. "The road manager was just crying like I never heard before and I just had to hang up the phone," Havoc said. "I'm on a highway, I can't pull over, I can't do nothing. I could have crashed with my kids in the car. I'm still just fucked up."

In August, Guided By Voices will release their 24th album, How Do You Spell Heaven. Take a look at the tracklisting, below:

Ariel Pink will release his new album, Dedicated to Bobby Jameson, in September. Take a look at the cover, below. 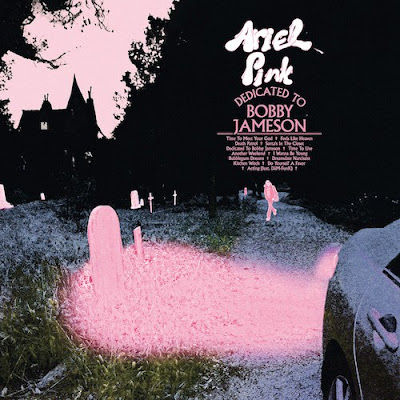 Posted by Salvatore Bono at 5:47 PM