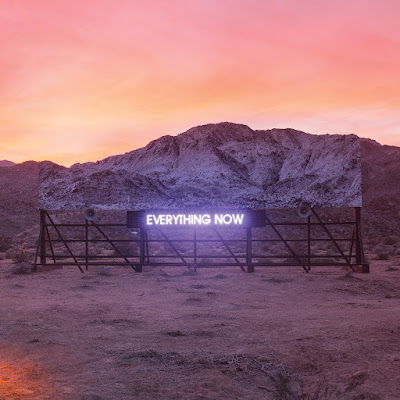 Arcade Fire have announced that their new album, Everything Now, will arrive in July. That is the artwork above, which was done by French artist JR.

Prophets of Rage aka Rage Against the Machine minus Zach plus B-Real and Chuck D will release their debut album, The Party's Over in July. Take a look at the cover, below, designed by Shepard Fairy. 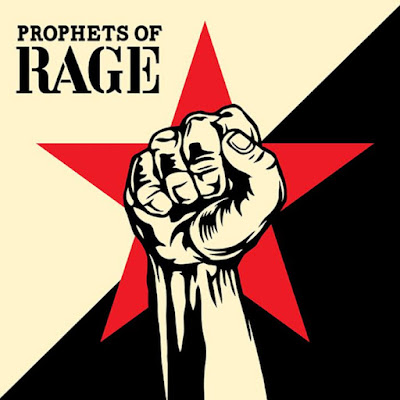 Rainer Maria will release their first album in over a decade in August. Take a look at the art for their self titled new album, below: 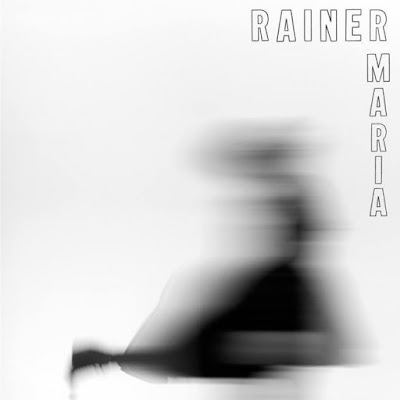 Baroness guitarist Pete Adams has left the band. It has been said that he will focus on projects closer to his home will Virginia-based band Valkyrie and it seems to be a heartfelt farewell among the members of the band. "I feel beyond fortunate to have had the chance to travel great distances with Baroness and to meet so many [fans]," he said in a press statement. He will be replaced by Gina Gleason.

A toxicology report has come back in the passing of Chris Cornell who died last month. The report says he had prescription drugs including Naloxone (Narcan), Butalbital, Lorazepam (Ativan), Pseudoephedrine (decongestant) and barbituates in his system at the time of his death. In a statement, his wife, Vicky, responded to the toxicology report saying: "Many of us who know Chris well, noticed that he wasn’t himself during his final hours and that something was very off. We have learned from this report that several substances were found in his system. After so many years of sobriety, this moment of terrible judgement seems to have completely impaired and altered his state of mind.”

Speaking to Beats 1, Dave Grohl has said that he and the members of Them Crooked Vultures -- Josh Homme and John Paul Jones -- do discuss the idea of playing again. He said: "Every once in a while, you’ll be up at night drinking a bottle of wine by yourself, and you’ll watch some Crooked Vultures live thing on YouTube and go, ‘We were so good!,” and then we’ll text each other saying, ‘Miss you man!'” The band released their debut in 2009 and were working on a follow-up to be released in 2011 but it never arrived.
Posted by Salvatore Bono at 6:26 PM