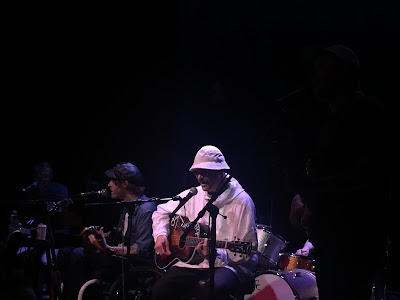 Read Our 2011 Interview with Portugal. The Man

The Portland, Oregon via Wasilla, Alaska band were just in the city two weeks ago for two sold-out shows at the 3,000-plus Terminal 5, yet on Tuesday, just under 300 fans got in for the intimate performance featuring their new touring line-up. 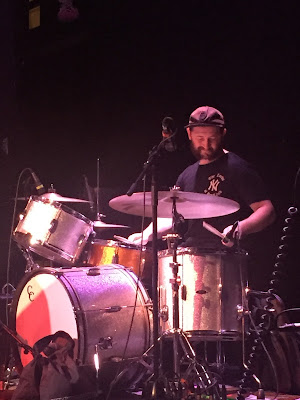 Opening with "Purple Yellow Red Blue," the fans, who many waited in the blistering sun all day for the 45-minute show, screamed the words back to the band. Singer John Baldwin Gourley, dressed like Bernie from Weekend at Bernies, we are kidding but he could have passed, didn't speak much to the crowd and let his bassist and co-founding member Zach Carothers do all the talking in between tracks. 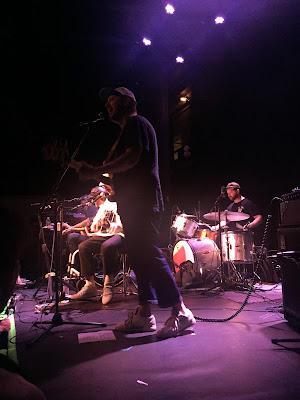 In a set that featured many of their previous hits like "So American," "Modern Jesus," "Evil Friends," clearly got the most applause but they worked in new tracks like "Feel It Still" and "So Young," into their starkly lit set.

Listen to Our 2009 Interview with Portugal. The Man

To see this band through the years evolve in their style and sound as well as in popularity, these smaller in-store appearances are more than just reliving the old days of this band, who are still as hungry as ever, but a moment to savor something that could never happen again.
Posted by Salvatore Bono at 7:07 PM