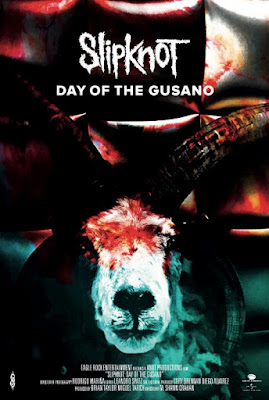 In September, Slipknot will release the documentary, Day of the Gusano, which chronicles the band's first ever trip to Mexico City in 2015. The film was directed by member Clown, who said in a press release: "Slipknot still has dreams for itself. Finally playing Mexico was one of them. It's been a surreal life of rock and roll for SLIPKNOT and the fact that the dreams still go on for us is simply incredible. Thank you."

After nearly 10 years away from the scene, The Black Kids will release their sophomore album, Rookie, in September.

Iron & Wine will release his new album, Beast Epic, in August. Take a look at the tracklisting, below:
01 Claim Your Ghost
02 Thomas County Law
03 Bitter Truth
04 Song in Stone
05 Summer Clouds
06 Call It Dreaming
07 About a Bruise
08 Last Night
09 Right for Sky
10 The Truest Stars We Know
11 Our Light Miles

Speaking to his site, Okayplayer, Questlove has announced that producer Stro Elliot is now officially a member of The Roots.

Speaking to Rolling Stone, Radiohead's Ed O'Brien revealed that the band wanted Dr. Dre to produce Kid A. “I kept on saying, ‘Oh I’d love to work with Dr. Dre,’” O’Brien said. “I knew it would likely be shouted down or laughed at. Also, it might have been a little forced. But at the time, in my head, it made perfect sense.” He added that fear of creative differences would have led to the unity falling apart.

Super Troopers 2 is slated to arrive later this year, marking 16 years since the cult comedy debut and it has been confirmed that Eagles of Death Metal will be scoring the film. Director Jay Chandrasekhar shared the news on Twitter.