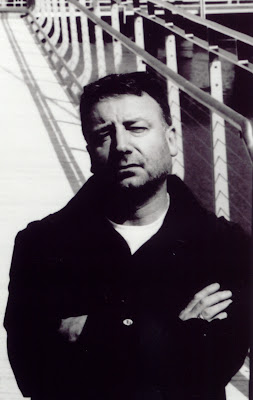 Many musicians try and find success with one band or one outlet, it is very rare that a musician can find deep success and respect with two bands. For Peter Hook, who played bass in both Joy Division and New Order, he has managed to accomplish that task. After the suicide of Joy Division singer Ian Curtis in 1980, the members of Joy Division didn't stop, they formed New Order and carried on and took the 1980's and most of the 1990's by storm. The bands on-again-off-again hiatus for much of the late 90's and early 00's lead to Hook announcing he and New Order singer Bernard Sumner were no longer working together and left the band. In 2011, around the time Hook was taking his new band, The Light on the road to tour Joy Division's acclaimed final record, Closer, New Order announced they were replacing Hook and would continue touring. While the fallout between Hook and the rest of his former band remains in the headlines, he is looking to still continue playing the music of the bands he was in and still loves. Next month, he and The Light will bring New Order's timeless albums, Movement and Power, Corruption, and Lies to the U.S. following a successful run in Europe earlier this year. We caught up with Hook to talk about the new tour, the feud, and one of his other passions - soccer, sorry, football. Take a look at our interview below:

Now that you have put Joy Division away with The Light, what is it like performing New Order’s earlier work without the band?

Well we haven't really put joy division away per se, we still have a few gigs lined up where we will be performing that material. But yes from September onwards there is a switch to the new order material as that tour officially starts in the States. I've been lucky in that the band have proved themselves to be very capable over the last 3 years so I had no issues when it came to start playing the New Order material as I knew that again they would all do a great job and work hard to ensure that they did the songs justice. I think that this band have a great chemistry which enables them and myself to combine and put a good show together.

How have the shows been in America as opposed to the rest of the world?

Well we have toured America twice now, in 2010 we toured Unknown Pleasures, then in 2011 we mainly toured closer, so to follow that with the Movement and Power, Corruption & Lies seemed like the next logical step in the plan. So this will be our third tour and there is a reason that we are starting the tour in the states because the last two tours have been wonderful, great crowds and so nice to go back. I enjoy playing to American audiences and am delighted to be coming back. Audiences are very different all over the world but Americans crowds have always been very welcoming to us which is nice.

Are American audiences different from those in Europe or South America?

Not too different in my opinion, we have been lucky in that we have had the opportunity to go round the world with this show and we have been well received everywhere. American audiences are very clued up on their music and they know their stuff, so we will be working hard to hopefully give them a great night!

With The Light, your son, Jack, is playing bass, in New Order’s current line-up Tom Chapman is playing your parts. How is it that the music of New Order is being played live around the world and you are not playing your signature bass hooks?

Yes it is certainly a very funny situation isn't it! The good thing about this set though is that I do get to play a lot more bass, the music allows me to play much more than it did for the Joy Division sets that we did, which is nice. I suppose I should be flattered really that my bass lines are getting such airplay at the moment even if it isn't me that's playing the majority of them.

Now that you have been on the road for nearly a year performing “Movement,” and “Power, Corruption, and Lies,” which, in your opinion is the better album and why?

Well actually we have only played this set four times, so it is still very new. We debuted the new set in January of this year with a tiny warm-up show in Cardiff followed by two big sold out shows in London and Manchester. We then switched back to playing the Joy Division set on tour until a couple of weeks ago when we played the new order set again for the first time in 6 months at a wonderful venue in Buxton in the UK called the opera house, as a preview to the full tour which starts properly in September. We'll be touring across the USA & Canada before going down into Mexico & South America, then coming back home for a tour of the UK & Ireland before Christmas. At the start of next year, we really want to get back to Australia & New Zealand as well as playing more shows in Asia. It will be great to finally tour this set as it will get better and better the more we play it.

After this tour, will you be playing some of new order’s other albums live down the line?

Yes, believe it or not we do have a plan! We will tour our Movement and Power, Corruption & Lies set around the world first but once we have done that we do plan to move onto the next two records, Low Life and Brotherhood, towards the end of 2014. I am really looking forward to that already as there are more great tracks which have not seen the light of day for a long time, songs like this time of night, murder, sunrise, way of life... That will be a great live set just like this one.

Last year you released you fantastic book, “Unknown Pleasures: Inside Joy Division,” are you kicking around the idea of releasing an inside story on New Order?

My writing partner Andrew Holmes and myself have actually already started on the new order book, we are aiming to release that in 2014. I really enjoy the writing process. It will be a very different book to the joy division book.

New Order was a band that were so ahead of their time and still today the music from 20-30 years ago sounds as fresh as any new band out there. Did you think you were making such timeless music when it was happening?

I knew that what we were doing was good but I have to be honest and say that I really did not foresee the legacy that the music would leave and how good it would fare in terms of standing the test of time. I'm proud of the material as a whole and even more proud that it still sounds fresh all these years later.

Do you ever sit back and wonder and look at your musical career after being in Joy Division and New Order and say, ‘Wow?’ most artists struggle to make a success with one band, but you did it with two!

I am extremely proud, all of us should be proud of what we achieved together. It's a shame that there are rifts and divisions between us now but I hope that one day we can put all that rubbish aside and at least just sit down and go 'wow, we were good!' - if have no regrets and wouldn't change anything for the world.

Are you and The Light working on original material to play and record?

This is quite a difficult one, I get asked about it a lot. There are ideas kicking around that the lads in the band have recorded which I think is really very good, but it is hard to find the time to get in the studio and work on them all properly. We tour a great deal which doesn't really allow us the time to get together and do it at the moment. However in the future I would definitely like to release new material with these guys. They are all excellent players and I do have the itch again to get some new stuff on the go, absolutely.

With the love/hate situation going on between you and your former band, if Ian Curtis were alive today, what would he say about all of this?

If he were alive today I am sure that he would have banged our heads together by now! It is a shame and I am sick and tired of the fighting but my mother told me to stand up for what I believe in and that is what I am doing in relation to the others.

New Order recorded the theme for England for World Cup 1990, and of course the famous video and hook of the song was a patriotic anthem for the team and their players. With the world cup happening next year, what are England’s odds?

The England team unfortunately suffer a great deal from being over hyped... The pressure that the country puts on them to perform is unbelievable, however it is only natural to want them to do well. The problem with the England team is that at times it is hard to really get behind the cause because we have been so badly let down in the past! We are certainly capable of putting on a good showing at the next world cup if the players apply themselves fully but I would not consider us to be in that top bracket of teams. You look at teams like Spain, Germany, Argentina & Brazil and have to believe that they are the favorites, especially Brazil as they are playing at home.

While we are on the football talk, you are big United supporter. For the first time in 29 years united will be managed by a new man. How do you think they will waver this season?

Yes it is certainly a very interesting time to be a united fan... Not having Alex Ferguson in charge will certainly take some getting used to after him being in charge for so long and being so successful. However I reckon that the board have made a shrewd choice in David Moyes as his successor as he seems to be cut from the same cloth as Fergie. I think the fact that Fergie picked David Moyes himself speaks volumes. All United fans should now be getting behind Moyes & the team to help them carry on that high level of achievement. It is a mammoth task to replace a legend of the game like Ferguson but I have got faith in Moyes! As long as we finish above Manchester City I will be happy, local bragging rights are very important in my town! 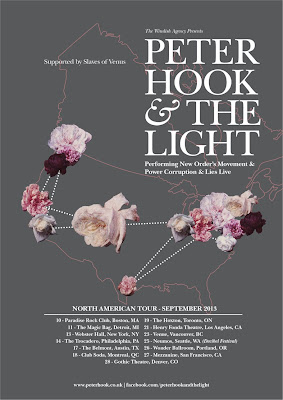