Recommended Reading - What Would Keith Richards Do? 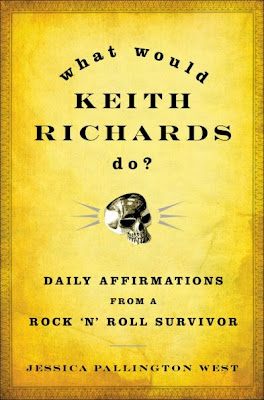 It is the age old question when put in a dynamic situation, where one would be confused, put in danger, or asked something they could not answer -- what would Keith Richards do? Those questions were finally answered in 2009 when writer and lifelong Rolling Stones fan, Jessica Pallington West released her book, What Would Keith Richards Do? It features quotes, memories, interviews and words of wisdom from rock and roll's greatest pirate. West poses a question and finds quotes, remarks, and conversations he has mentioned in the past as the answer. An example of this would be Richards remarking on being a legend, “I would rather be a legend than a dead legend," taking sides, "Whatever side I take, I know well that I will be blamed," and his drug addictions, “I’ve never had a problem with drugs, only with policemen.” It is part self-help book, part humorous lessons, and most of all a curious and clever way to look at how Keef has survived all these years.
Posted by Salvatore Bono at 7:39 PM