The Postal Service confirmed that their performance at Lollapalooza and the accompanying after parties were their last. The band reunited earlier this year to tour for the 10 year anniversary of their only album.

After a rumor lit up the internet this weekend that Andre 3000 was releasing a solo album next year, a rep for the iconic rapper has denied any album is in the works.

The estate of the late J. Dilla will release another posthumous album from the late producer called The Diary, later this year. The Diary is a collection of unreleased Dilla beats and vocal tracks.

Starting on August 10, late founding member of The Beatles, Stuart Sutcliffe's works will be on display in New York City at Harpers Book's in an exhibition called "Stuart Sutcliffe: Yea Yea Yea." The exhibit will include 21 of the late guitarist's art works.

In November, The Melvins will release Tres Cabrones, an album of new material that finds Buzz Osborne and Dale Crover reuniting with original drummer Mike Dillard. Take a look at the cover below: 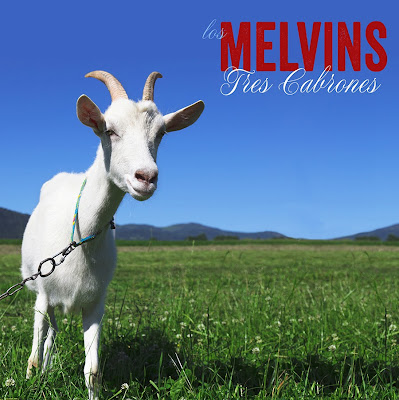