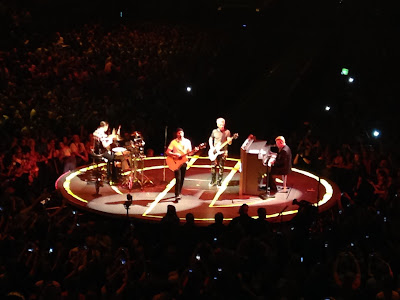 2009 was the last time U2 performed inside Madison Square Garden, the performance saw them headline the final night of the 25th Anniversary of the Rock and Roll Hall of Fame. Since then, they toured with what could be the world’s largest stage ever assembled during 2009-2011’s 360 Tour, they finally headlined Glastonbury, Bono and Edge funded the Broadway bomb that was Spiderman: Turn off the Dark. They also gave away their latest record, Songs of Innocence, for free on iTunes and seemed to piss off half of the world’s population in doing so. Not to mention Bono was told he may never be able to play guitar again after being involved in a terrible bicycle accident. Soldiering through the good times and bad since they were last on the road, the four men from Ireland that have made the stage their home returned to a city that has embraced them like their own children. 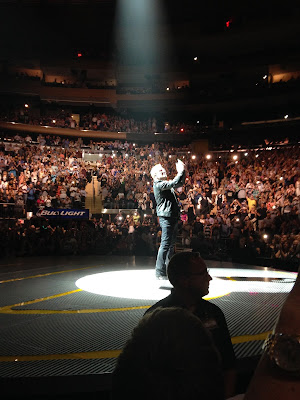 I have spent the last two nights inside Madison Square Garden witnessing the power of U2’s current Innocence + Experience tour. The tour is currently at the halfway mark of its eight-night sold-out run and is certainly up there as some of the greatest U2 concerts in the history of this band.

“From the Ritz to Madison Square Garden. New York you make us feel at home. Yes, we have moved in,” Bono told the crowd both nights. The band, who first arrived in New York in the early 80’s, debuted in the city at The Ritz (now Webster Hall). Over 30 years later, they make it a point to still reflect on where they came from. Yet, it is reflection that is the motif of this current tour. They are giving fans a chance to see the evolution and influences that have motivated them through the years. 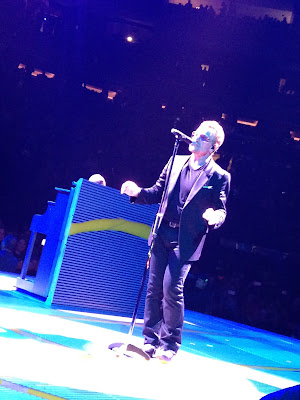 The stage for this current tour is a far cry from what they did with 360. Here they are opting for the intimacy they had with the Elevation and Vertigo Tours of the early 2000’s. Featuring up to four places for the band to play – a main stage at one end of the arena that looks like a typical set-up for that venue, a catwalk that leads to a “B” stage that sees the band playing in the round. Yet, the most interesting thing about the set-up is the massive wall that is their LED screen hanging above the floor that also dubs as a place for them to enter and perform. 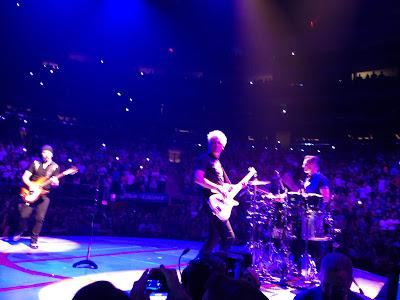 Opening each night with “The Miracle (of Joey Ramone)” and then kicking into a deep classic cut like “Out of Control” or “Electric Co.,” U2 take their early post-punk garage style from the Dublin homes they crafted it in to the big playhouse. With impeccable sound and authority, U2 pack a punch right away. Both nights featured “Vertigo,” “I Will Follow” before going into new songs like “Iris,” “Cedarwood Road,” “Song for Someone,” that bring the origin story of this band to life. It is at this point both nights it felt less like a concert and more like a massive Broadway production. As the giant LED box screens featured animations of the North and South sides of Dublin where the band are from and Bono going into the box that houses the screens and virtually walking through his old neighborhood. From there, they get into Ireland’s modern political with a stripped down version of “Sunday Bloody Sunday” and “Raised by Wolves” before closing their first set with “Until the End of the World.” 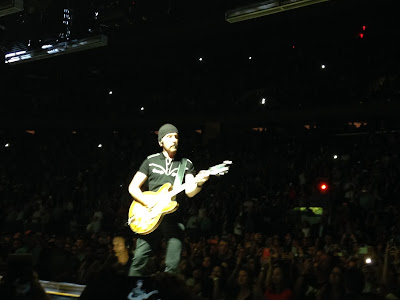 As they take a small break, the screen lowers to the catwalk and drapes fall from the middle of The Garden and it divides the place to look like the Berlin Wall. For Act II, it becomes their lives from Achtung Baby onward. As they evolved as people in that era, so did their sound. Act II also showcases the intimacy of the band performing on that smaller “B” stage where on Wednesday they brought out Jimmy Fallon to perform “Desire” and The Roots to play “Angel of Harlem.” For Thursday, it was a fan from Brazil who played with his idols on “All I Want Is You.” It is on that “B” stage where the intimacy of this whole experience is brought to life. One of the biggest bands in the world makes a room that holds nearly 20,000 feel like your living room. Aside from the effects, songs, and stage personalities they have – that is the real star of the show – their power to bring everyone in right on them. On that small stage there are no effects, it is just the raw power of the band surrounded by their fans. 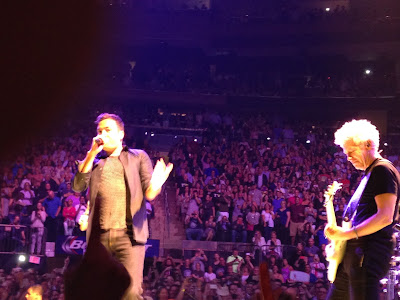 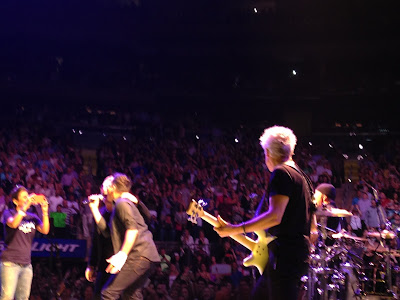 “Thank you for this life. Thank you for staying with us,” Bono told the masses. It was the preacher at home in his cathedral surrounded by his disciples and followers.  For him, Edge, Adam, and Larry, they know when fans come to see them for the two-and-a-half hours they are on stage it is an experience they are not going to get elsewhere. Yet, for the members of U2, the shows like these in New York is why they still push to be the best live band they can be. At this point in their career they can keep delivering safe greatest hits-filled sets and no one would chastise them for it, yet, to want to do deep cuts like “Lucifer’s Hands,” “Sweetest Thing,” “The Wanderer,” it changes the dynamic. It proves why they have sold out nights in New York and across the world. Each show is different from the last and the fans walk away knowing they got their monies worth.
Posted by Salvatore Bono at 7:57 PM