Damon Albarn just doesn't stop. He told Australia's ABC 7.30 that he will begin working on a new Gorillaz album in September. He said, "I'm starting recording in September for a new Gorillaz record. I've just been really, really busy so I haven't had a chance. I'd love to just get back in to that routine of being at home and coming to the studio five days a week." Albarn is currently touring with Blur.

Dale Earnhardt Jr. Jr. are changing their name to Jr. Jr. The band said in a statement: "The flip side is that as things have grown, so has the amount of confusion caused by the name Dale Earnhardt Jr Jr. Some of it is no big deal and easily cleared up. But sometimes we get sad and bizarre requests sent to our social media sites or emailed to people we work with. We’ve had people drive long distances to shows only to be disappointed when they realize it’s a neurotic Jew and wild haired gentile from Detroit they’ve paid to see. A number of times now we’ve received hope filled inquiries from people who have dying relatives that only want to meet Dale Earnhardt Jr (the driver) before they pass. Those sorts of interactions feel a little voyeuristic and eerie, and even attempting to simply clarify the situation means you’ve added a moment of embarrassment to someone’s day when they’re already going through a lot."

Silvesun Pickups will self-release their new album, Better Nature. It arrives in September, take a look at the cover, below: 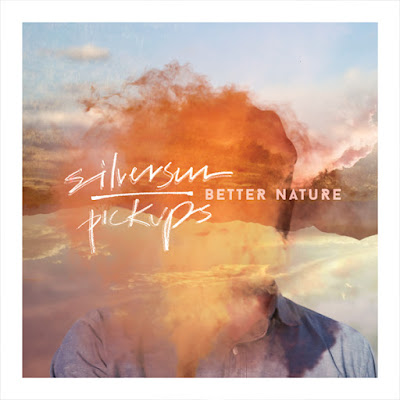 Posted by Salvatore Bono at 5:25 AM