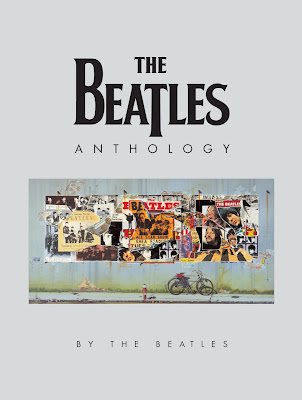 In the fall of 1995, the story of The Beatles by The Beatles came to television for first time in the ABC mini-series, The Beatles Anthology. It triggered a series of untold stories, and an intimate behind the scenes look at the greatest band of all-time and how they operated. It boasted the three-double albums of the same name and five years later, that store came to text. The mammoth coffee table book, The Beatles Anthology was released and became the oral history of the surviving members of The Fab Four. Just like the television series, it shared the same intimate portrait of what it was like being a fly on the wall in the inner workings of The Beatles.  Many of the interviews inside the book came from the series and were quoted by the people involved, the late John Lennon's were not included, unlike the documentary, they did not quote the archival material in which his story was shared. Instead, for Lennon, people wrote and talked about him in the autobiography. While we are in the middle of summer reading, this is a story that will read better than any book you may pick up this season and will take you longer to finish, however, it is worth the task.
Posted by Salvatore Bono at 4:59 PM