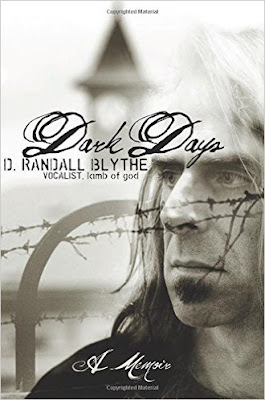 In 2012, following a concert in Prague, Randy Blythe was arrested after a performance from his band Lamb of God. He was charged with manslaughter and spent years in a Czech prison for what authorities say he pushed a fan off the stage 2 years earlier at a concert in the city, which eventually led to the 19-year-old's passing. Blythe maintained that he had no recollection of the event but took his sentencing and went to prison.

In 2013, he was finally acquitted and in 2015, he released his story from behind the prison walls called Dark Days. The prison, which was a former Nazi concentration camp, discusses the challenges he faced behind bars. He had been clean and sober for 2 years and finally got a hold of his life until prison threw him a curveball. The man could have left broken and discouraged but instead walked out stronger and tougher than when he went in.

This book is not just the autobiography of the dark period of a musician and man, it is the story of the strength of endurance and the human spirit.
Posted by Salvatore Bono at 6:43 PM