Final David Bowie Songs to be Released on 'Lazurus' Soundtrack 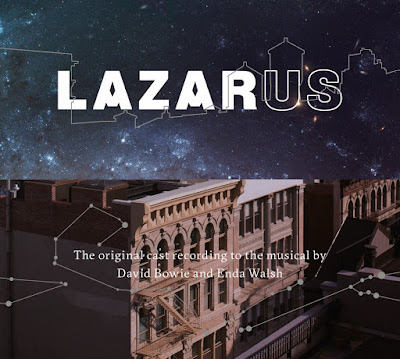 The original cast recording of the David Bowie penned musical Lazarus, starring Michael C. Hall, will be released in November.

The album features the original cast recordings as well as 3 brand new Bowie tunes done by The Thin White Duke himself just before his passing. It is the final songs he has ever recorded.

According to a press release, "The Lazarus cast album was produced by the show’s musical director Henry Hey, who had previously worked with Bowie on “The Next Day” and features vocals from Hall, Caruso, Cristin Miloti, Michael Esper and other cast members backed by the seven-piece house band Hey assembled for the New York run. The album was recorded January 11, 2016. Upon arriving at the studio, the musicians and cast were shocked and saddened to learn that Bowie had passed away the evening before. Their emotional performances that day are captured on this recording.

The distinctive artwork for the Lazarus cast recording has been designed by Jonathan Barnbrook who also worked with Bowie on the ★, The Next Day, Heathen and Nothing Has Changed albums.

Take a look at the cover, above, ad the tracklisting, below:
CD 1: