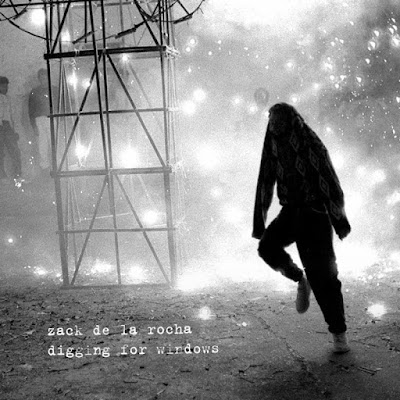 After nearly a year of teasing, Zack de la Rocha released the El-P produced single that many had speculated since they were spotted working together following the success of Run the Jewels' "Close Your Eyes and Count to Fuck."

The single, "Digging For Windows," is the former Rage Against the Machine frontman's first solo work since 2004's "We Want It All," which was produced by Trent Reznor and featured on the Fahrenheit 9/11 soundtrack.

Take a listen to the new track, "Digging For Windows," below:

Following the release of the song, El-P took to Twitter to confirm a de la Rocha solo album will arrive next year. He tweeted:

and yes this is new material made this year and yes there is more where that came from.
— el-p (@therealelp) September 8, 2016


Now that has been settled, we look at the 5 best Zack de la Rocha solo moments since RATM first split in 2000. This solo record has been 17 years in the making, but here are other moments the emcee has shined.

This banger came from the UK electro duo's 2000 album, In the Mode.

4) One Day As A Lion: "Wild International"

In 2008, de la Rocha emerged with former Queens of the Stone Age drummer Jon Theodore and formed One Day As A Lion. The duo released only an EP but this standout had people begging for more.

This 2003 single was one of the first post-RATM appearances for Zack and still spits fire.

The first official solo single from the enigmatic California musician.

Without a doubt one of the best tracks of the decade and the comeback we all hoped for.