In November, Ryan Adams will release his new album. While the details are sparse, he did tell Entertainment Weekly that the album was inspired by ELO, Bruce Hornesby, Bachman-Turner Overdrive and AC/DC. An odd mix and record we look forward to hearing.

Speaking to Rolling Stone, Black Francis says he is done making solo records and will focus his energy on other outlets, including the Pixies. He said: "The Pixies are pretty successful in the touring realm. I can't really say, “OK, kids, I'm going on tour again, bye. But this time I'm not going to make any money. I'm just doing it because I'm an artist.” It just doesn't feel right. It kind of goes up against my more blue-collar outlook. And I paint. If I have extra creative energy, I try to direct it there. And that doesn't interfere with my musical career."

In an open letter on Facebook, Apollonia shared her memories and love of Prince over 4 months since his passing. She wrote that his death was "one of the worst days of my life," adding: "My heart needs more time. I really miss your laughter. Your silly voices. But mostly, I miss your pancakes.” Read the whole touching post:

This year, hardcore icons Sick of it All have been celebrating their 30th anniversary. This fall, they will release a coffee table book which will chronicle the NYHC legends years on the road. It features liner notes from Davey Havok (AFI), Dennis Lyxzén (Refused), Chuck Ragan (Hot Water Music), Arthur Smilios (Gorilla Biscuits) and Matt Kelly (Dropkick Murphys). Take a look at the cover, below: 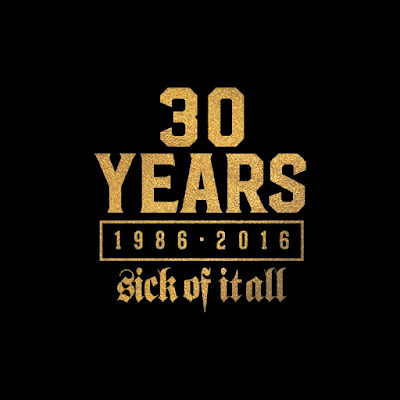