Lady Gaga has been announced to be the 2017 Super Bowl Half Time artist. The big game happens in February.

In an interview with Rolling Stone, former Prince attorney L. Londell McMillan said that fans can expect to hear unreleased music from the late musician starting next year. He said: "We’re still doing inventory, and we’re still mourning. I know the world wants to commercialize it, but we’re still getting through the stuff.” No one has officially been put in charge of doing this, however, his sister, Susan Rogers told the magazine: "We need to approach this with love and care and a high moral compass. Some of his fans have written to me and begged that his material not be altered in any way.”

Producer and composer Adrian Younge announced a Kraftwerk-inspired album called The Electric Void. It will be out on Friday. Take a look at the cover, below: 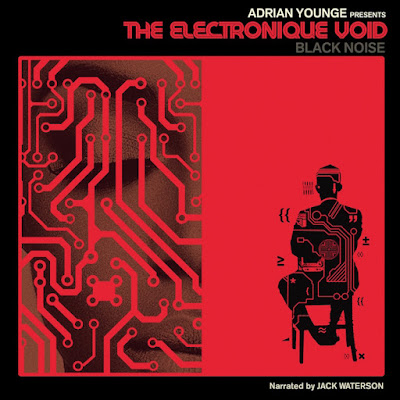 Posted by Salvatore Bono at 5:32 PM