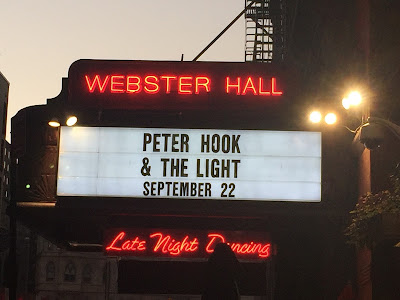 It has been 2 years since Peter Hook & The Light played New York City to perform music from his bands New Order and Joy Division. In that time, the bassist of the timeless bands wrote a book about his time in New Order, due next month in the UK and later in the US, he also toured Europe for a while.

On Thursday, he made his welcomed return to the Big Apple with a mind full of memories and fondness as his kicked off his latest tour which hears him and his band playing New Order's compilation record, Substance, in full as well as Joy Division hits set. In the first of 2 packed nights of inside the iconic Manhattan venue, the legendary bassist took fans down memory lane and reminded everyone, even his biggest fans, why both of his bands mattered so much. 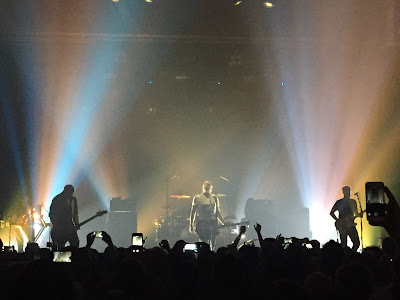 In the 2-and-a-half hours he and The Light were on stage, it was hard to fathom how many hits New Order and Joy Division had. Just within the first hour, there were enough songs that some artists today wish they could both write and have in their arsenal. That is what great chemistry in a band does. As New Order have continued on without Hooky, his nostalgia tours rival the band that has most of the original members. In fact, at points, he does it better with less. 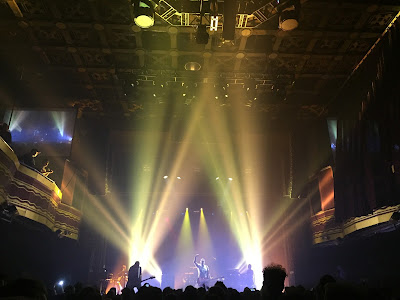 As close to the weekend as it was, the audience inside wanted to let loose. It was a combination of NYU students and adults that could be their parents paying tuition for their kids to go to school. The range was incredible, for some, it was reliving their youth, for others, it was seeing something they only heard or read about and finally get to experience. Hooky would pause from time to time to remember Ian Curtis and Tony Wilson, he would also describe certain events that happened to New Order while in New York, but mainly left it all up to the music. Webster Hall did suffer a few technical issues with his sound but no one seemed to mind. The music is all that mattered.

Posted by Salvatore Bono at 4:48 PM