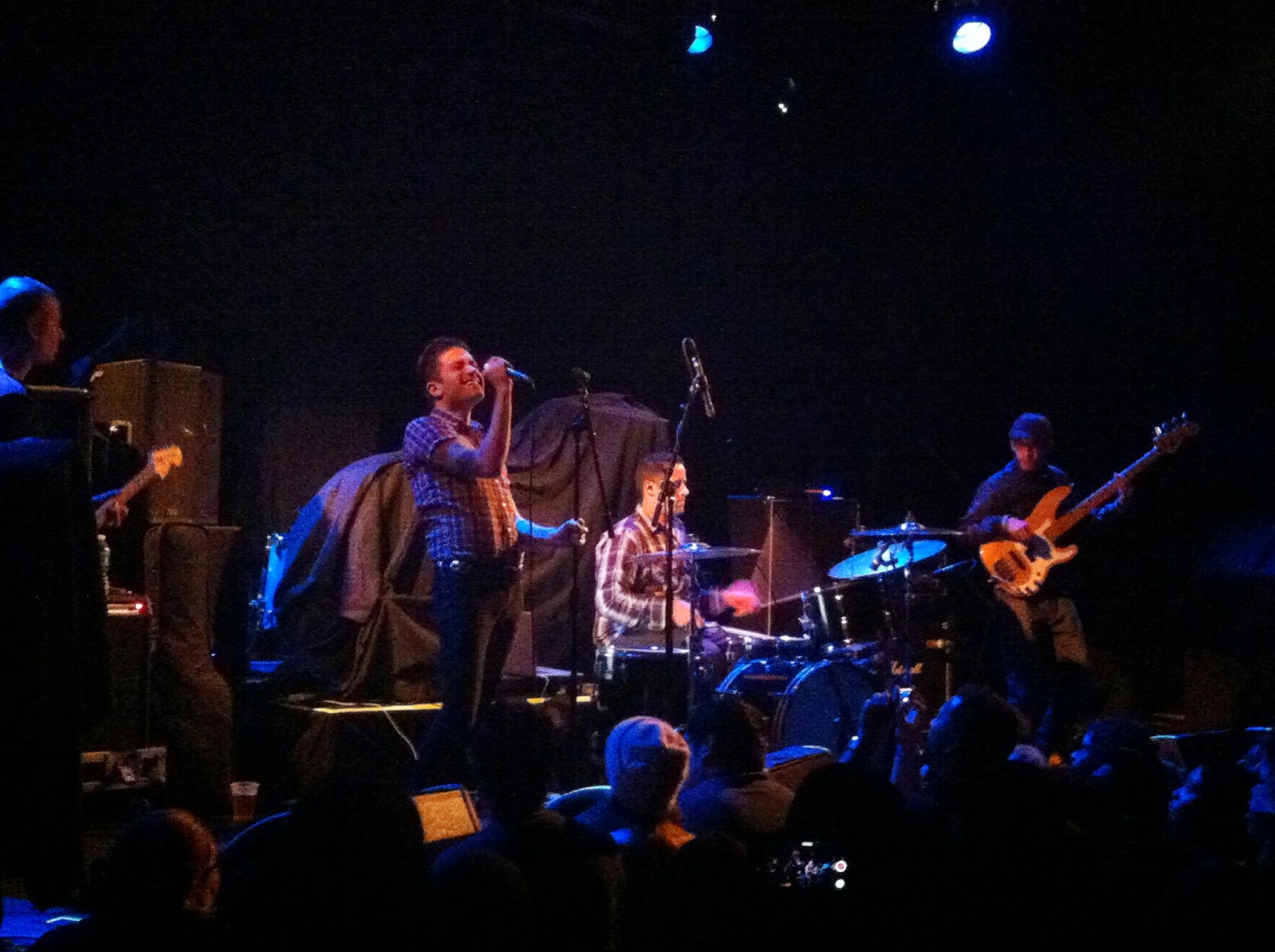 Daryl Palumbo is a name that is synonymous with multitasking. From fronting bands like Glassjaw, Head Automatica, working as a producer, Palumbo's current project finds him working with former Men, Women, and Children member Richard Penzone on their latest band, Color Film. The band, who have currently an EP and a handful of tracks online have been on tour since the fall and are working on their debut. The band's sound is a cross between 80's new wave and house music, combined with Penzone's musicianship and Palumbo's lyrics, Color Film are one of the most unique bands out there today. We spoke to Palumbo about Color Film, their touring schedule and style. Take a look at our interview below:

This band formed two years ago and created a buzz because of who the members of the band were. Do you think that having members of popular bands is a gift and curse when crafting a new project?

D: It can definitely be both a gift and a curse when being a member of other projects and embarking on a new project. It’s sometimes hard as a listener to shake certain associations you may have with a particular artist and their “Sound”. It doesn’t particularly bother me personally, but it can occasionally make it harder to get your creative point across to more narrow minded listeners.

Color Film has an amazing new wave style and vibe, who were some of the bands of the 80’s era that inspired this project?

D: I’m a big fan of so many late 70’s - mid 80’s bands that might fall into the description you just gave, though to just name a few (That may not share much of a common thread when you really break it down), I enjoy the more straight forward groups like Squeeze, Haircut 100, XTC, Japan, and Oingo Boingo. Zappa’s work in that era is huge for me, as are the more far out groups like Shriekback, The Pop Group & Au Pairs.

How did you and Richard link-up and form this project?

D: Richard has been a dear friend of mine for quite some time. Aside from us both being from the same area on Long Island, he and his brother played in Men Women & Children whom I had toured with alot. Early on we realized that we were endlessly obsessed with the same old records and were drawn to working on music together. Richard’s talent is monstrous and anyone who writes any kind of music whatsoever would be lucky to play with him.

Color Film is being compared to Head Automatica in terms of style and sound, how do you respond to those claims?

D: Well, I wouldn’t say it sounds like it at all, however from a listener standpoint, I can see the electronic or post punk parallels being drawn. Aesthetically, it’s completely different and sound-wise the goal is completely different as well. There is a bit of the disco element in Color Film’s music, though that element comes from a far different place with this band. There is also slim to no rock n’ roll happening in Color Film.

Being in so many bands, is it hard to focus on one particular project and dedicate the time you want to it?

D: Not particularly. Luckily the things I’m a part of have plenty of wiggle room calendar-wise, and don’t manage to step on each other's toes.

The band’s live shows are backed by some Glassjaw members, Manny Carrero and Durijah Lang, what is it like bringing in members of one band to play with another? Will Justin ever be apart of Color Film?

D: Manny and Durijah had filled in for our usual bass player and drummer, Steven Heet and his brother Brett Heet. In terms of the acclimation of those two Glassjaw members into Color Film for those shows, it went as smoothly as it could possibly have gone. They are incredible players who can easily slip into any feel you could throw at them.

I don’t think Justin is trying to join Color Film anytime soon, but he’s always welcome to create with me.

With just an EP and a few songs out, when will fans get a Color Film debut?

D: We completed our LP, “Living Arrangements” a while ago, but are planning on getting out a little more material prior to releasing it. Making sure it’s found the right home is also super important to us. In the meantime, the video for the song “Until You Turn Blue” is coming out in the next few weeks. That was the E.P. we released with our friend Nick Hook on his label, Calm & Collect.

Color Film still remains a mystery to most fans, what would be one thing you could tell us that not many people would know about the band?

D: We don’t have much of a sense of direction. Musically I guess, but more so in everyday life when getting around.

You recently supported ††† (Crosses) at their New York City concerts, what was that experience like?

D: Playing with Crosses was a  great time. They’re wonderful guys and treated us kindly. Despite how awful the Hoth-like weather conditions were, the shows were packed and the reception we received was great. We were flattered that they asked us in the first place.
Posted by Salvatore Bono at 5:14 PM