Live Review: Against Me! @ Northside Fest 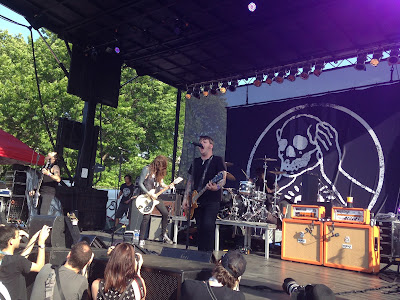 A Saturday in New York City has the entire world at your fingertips, throw in a music festival to the equation and suddenly, you turn into someone with ADD who has a hard time trying to figure out what to focus your attention and time on. The Saturday line-up of the Northside Festival featured a blockbuster list of artists like Best Coast, Built to Spill, Alvvays, DJ Premier, Viet Cong, and Against Me! who packed out McCarren Park on Saturday evening.

As the sun scorched the blacktop of McCarren, fans had been waiting for 5:30 to come so they can see the band who had everyone' s attention. At points it felt like every festival badge and ticket holder packed into the park so they could see the Florida punks. As they hit the stage and opened with "FuckMyLife666,"  off of last year's best album - Transgender Dysphoria Blues, the band took the generally mundane and quiet crowd and transformed them all into rousing, engaging and energetic fans. As circle pits broke out and fans crowd surfed, it didn't matter that it felt like it was clocking over 100 degrees in the park, this band was set to make everyone's Saturday fantastic. 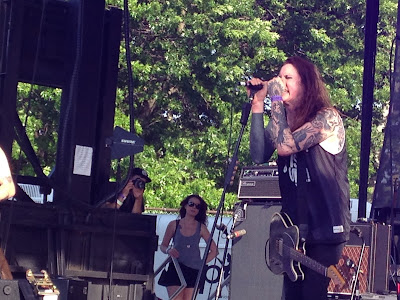 Wearing a tank top that read "Gender is Over (If You Want It)" a play on John Lennon and Yoko Ono's famous "War Is Over" slogan, singer Laura Jane Grace showed why she is musics most important woman these days. While the mainstream media has been covering Caitlyn Jenner's Vanity Fair cover and new reality show, Grace has been showing a younger generation and her older audience about acceptance and gender identity for years now. With a brilliant record behind her now and a new life going forward, she is one of the most powerful women around and the fans are thrilled she is around. 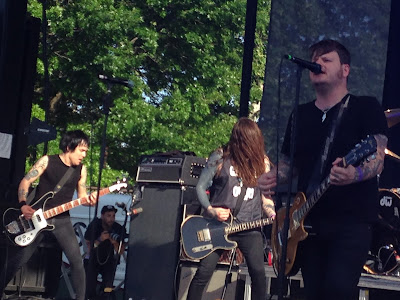 As they hit deep cuts and fan favorites like "I Was A Teenage Anarchist," "Don't Lose Touch," "Cliche Guevera," "Pints of Guinness Make You Strong," and "Miami," they also threw in a slew from their latest release like "True Trans Soul Rebel," "Drinking with the Jocks," "Unconditional Love," "Transgender Dysphoria Blues," and "Black Me Out." After an hour on stage, the band who drove through the night after their Bonnaroo set, took a brief break before returning covering The Replacements song "Androgynous," before going into "Dead Friend" and fan requested "Sink, Florida, Sink." Despite the heat and events going on, this was a show that was worth everyone's time and focused attention and it seems every Against Me! gig these is. 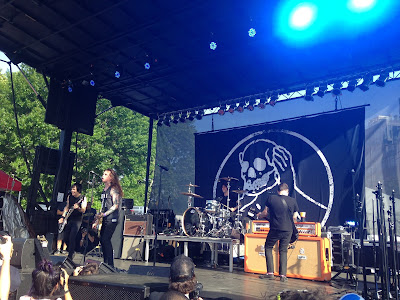 Posted by Salvatore Bono at 8:53 AM