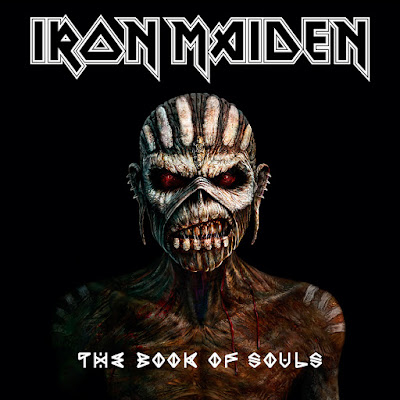 Iron Maiden will release their new album, a double record called The Book of Souls in September.

Singer Bruce Dickinson said on the band's website, "We’re really excited about The Book Of Souls and had a fantastic time creating it. We started working on the album in late summer 2014 and recorded it at Guillame Tell Studios in Paris, where we’d done the Brave New World album back in 2000 so the studio holds special memories for all of us. We were delighted to discover the same magical vibe is still alive and very much kicking there! So we immediately felt at home and the ideas just started flowing. By the time we’d finished we all agreed that each track was such an integral part of the whole body of work that if it needed to be a double album, then double its going to be!”