Following Dave Grohl's recent announcement that Foo Fighters had to cancel their European tour, including their headline set at Glastonbury after Grohl broke his foot last weekend on stage in Sweden, Florence & the Machine will be taking over Friday night's headlining spot.

Speaking to a Dutch website, 3voor12, and translated by Radiohead fan site members, Johnny Greenwood gave an update on the band's follow-up to 2011's King of Limbs. He said, "We didn't do anything together for too long, so restarting took a lot of time. We're working in periods now."

Speaking to NME, Theo Hutchcraft of Hurts has cited that Fleetwood Mac, Steely Dan and Motown, were all inspirations for the duo's third album, Surrender, arriving in October. He also said, "This time we decided to see how things would turn out if we enjoyed ourselves and went to some exciting places. It made us look outwards for the first time in a long time. The second record was very internal and very intense so we craved the opposite. Now, at this stage in our lives, to make a record that would sound as dark as the second or as melancholy as the first wouldn't be a true reflection of us. That's not to say it's all a barrel of laughs though; we're still drawn to the darker side."

Also speaking to NME was Pete Doherty who said that Amy Winehouse had a tremendous influence on the upcoming Libertines album and she seemed to be the band's muse. He said, "The studio was quite sparsely decorated, but we did have a little NME front cover of Amy Winehouse over the mixing desk the whole time," Doherty said. "The one constant in the mixing room, apart from John Hassall, who was always there from dawn to dusk, was the picture of Amy. She was never a massive fan of my songwriting, or at least she never admitted to it! She was a bit of a harsh critic, but in a lot of ways we were kindred spirits, and all the boys loved her. She was quite inspirational as well, because while she was critical, that’s because she had very high standards."

Jill Scott will release her new album, Woman, next month. Take a look at the cover, below: 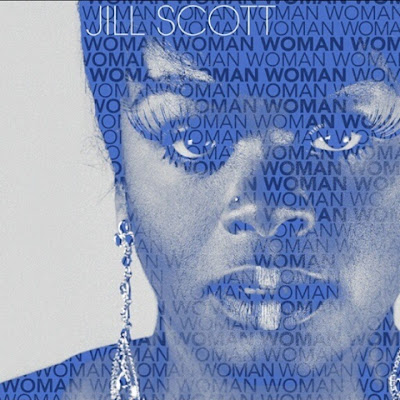