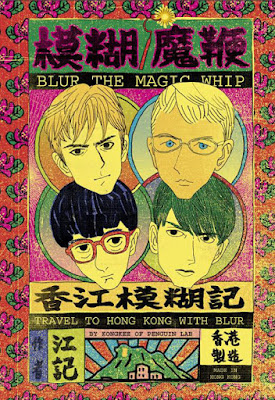 Blur's fantastic new album, The Magic Whip, is heavily inspired by Hong Kong and to pay tribute to the city that inspired their first album in over a decade they are releasing a comic book this month. The comic was done by artist KongKee and will be sold on the band's webstore and at their merch tables for upcoming gigs.

The cover is above and a small documentary on the comic is below:

Posted by Salvatore Bono at 4:45 PM