Could Jawbreaker be reuniting? Speaking at a gallery in L.A., drummer Adam Pfhaler said, according to FACT: "We’ve totally talked about it, and everyone is excited." The drummer also admitted that the band did rehearse a few years ago, saying: We played a couple of songs just to see if we could still do it,” he said. “We weren’t sure if we could still do it. We could still do it.” He added: "That's part of the reason we got together in New York. We were testing the waters, [like,] 'Can we hang out together? Could it be cool? Could it sound good?' ... A couple of years back it got real close, but there was a bigger band, they were waiting on an answer to headline one of the festivals. And then sure enough they did it, they took their slot, and it relegated us to the following year. And the timing wasn't right the following year."

Speaking of reunions, Glenn Danzig and Jerry Only spoke to Rolling Stone about the upcoming Misfits reunion taking place later this summer at Riot Fest. Danzig said: "We'll see how it goes. It may lead to some other work, but who knows how it's going to turn out? I mean, I don't think it's going to be a disaster; I think it's going to be incredible." Only added: "You know when something's going to work. That's the feeling I got when we agreed to this. I wouldn't have done it unless I thought Glenn was really about it." The classic Misfits line-up have not played together in 33 years.

Next month, YG will release his new album, Still Krazy.

At a concert in North Carolina over the weekend, Against Me!'s Laura Jane Grace burned her birth certificate in protest of the state's "Bathroom Bill" where they are not allowing transgender Americans to use public bathrooms. Grace, the transgender singer, showed the Tarheel state what she was made of.

MSTRKRFT will release their new album, Operator, in July.

The upcoming Oasis documentary, Supersonic, will be released in October. The team behind the Oscar-winning Amy and award winning Senna crafted the film on the brothers Gallagher. Since news of the film broke, Noel Gallagher spoke to The Daily Star about the idea of a reunion. He said: "For 20 million quid, one gig – that is good money isn’t it? But I have never had that offer from anyone yet.” He then added: "There might come a day one day where it might seem like a good idea, but I have so much I want to do. I have so much to do on my own that I don’t really see it to be honest.” While we wait on the reunion, take a look at the film's poster, below: 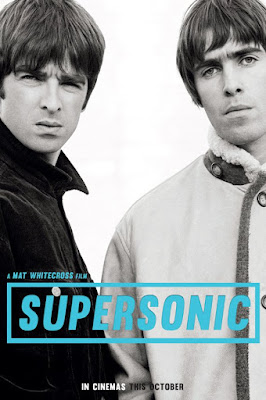 Posted by Salvatore Bono at 6:03 PM