For the first time in 33 years, Glenn Danzig has rejoined Misfits with the original line-up of Jerry Only and Doyle. The horror punk icons will perform at Riot Fest in Denver and Chicago in September.

Slowdive have confirmed that they are recording their first album in 20 years. No word as to when the record will arrive.

Speaking to Beats 1's Zane Lowe, Coldplay's Chris Martin gave insight into the future of the band. The singer said: "We’re comfortable with being who we are at the moment. I think when we let go of the idea we had to try and win everyone over I think that was really liberating. I’d be surprised if there was another conventional Coldplay album. I just feel like we’re right where we’re supposed to be right now. I meant what I said to you a couple of years ago I feel like this is a closing chapter of something. I stand by that I’m afraid."

The Flaming Lips will appear in an upcoming issue of X-Men '92, take a look at the cover, below: 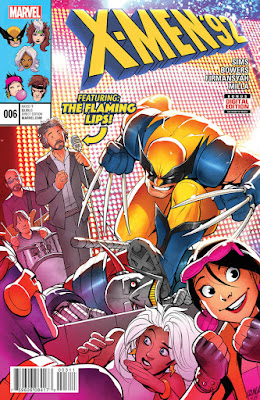