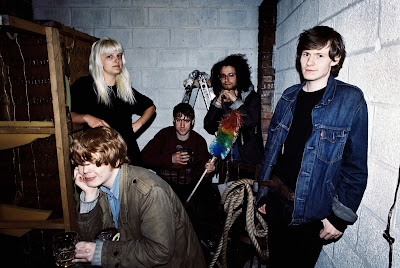 Forming in London five years ago, Evans the Death have become local heroes in the indie rock scene, yet, they plan on making 2016 the year they really breakout around the world. The band, who already have two albums under their belt, are set to release their third LP, Vanilla, in June. The sound is a hybrid of whiplash punk and shoegaze pop. Their songs are a thrill-ride of emotions that bring you to high anxiety to full relaxation within three minutes. Singer Katherine Whitaker's personal lyrics and powerful voice make it seems as if she is both talking and yelling directly to you, which makes the music that much more compelling. As June approaches, it is time to get acquainted with this band because their third record may be their charm to break.

Posted by Salvatore Bono at 9:36 AM