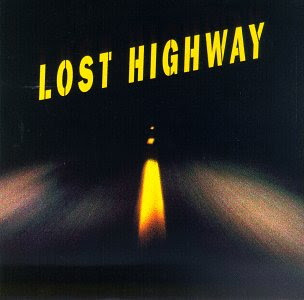 Before Trent Reznor won an Oscar® for his magnificent score for The Social Network, he was in a little band called Nine Inch Nails and was also compiling music for soundtracks as well as taking a shot at scoring some pictures. In 1997, David Lynch released the mixed received dark film, Lost Highway, but while the film spun heads and caused a headache for some to try and understand it, the films soundtrack was the real star, even getting massive MTV and radio airplay (which still mattered back then) thanks to the NIN song "A Perfect Drug." Now, years later, the soundtrack to Lost Highway sounds better than ever.

As we gear up for Halloween and ready spooky noises and Misfits songs to help us get into the spirit of things, look no further than Lost Highway, it really is one stop shopping. Featuring music from David Bowie, Smashing Pumpkins, Lou Reed, Marilyn Manson, NIN, Rammestein, and scores from Angelo Badalamenti and Reznor, Lost Highway is a soundtrack that not only enhanced the film it is created for, but stands on its own. It is a dark, gripping, sinister soundtrack and something, as mentioned, the perfect drug for this time of year.
Posted by Salvatore Bono at 5:16 PM