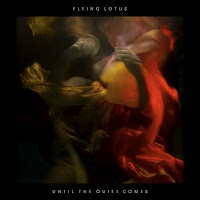 Flying Lotus – Until the Quiet Comes
LA beatmaker and Duke Ellington’s nephew returns, triumphantly, with one of the most original, brilliant, musically intellectual and advanced album of the year. Until the Quiet comes hears FlyLo’s spooky beats infused with jazz, African drums, dubstep, grime, classical, ambient and blues. It is a record that goes to places that have not been heard since Radiohead’s Kid A, an album that features a slew of guests like Erikah Badu, Thom Yorke, Laura Darlington, Thundercatt, and Niki Randa that play off a seamless, dreamlike record that takes the audience on a sonic journey deep into the mind. Think the concepts of Inception and Alice in Wonderland but set to music.
FINAL GRADE: A+ 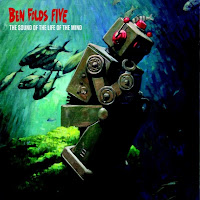 Frightened Rabbit – State Hospital EP
The Scotland indie rockers give fans a preview of what is to come from them in the studio. State Hospital is a plain but powerful EP that manages to make a lasting impression just featuring four songs.
FINAL GRADE: B+ 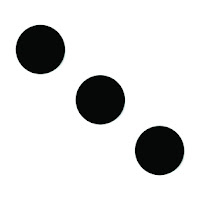 Apollo & Guilty Simpson – Dice Game
Two of the best emcees in the underground collaborate on a fresh and fierce album that hears two stand out lyrical styles feed off each other. Much like Blackstar’s brilliant debut, Apollo & Simpson are two distinctive styles and flows that work so well together. It leaves us hoping they collaborate again in the future.
FINAL GRADE:  B+ 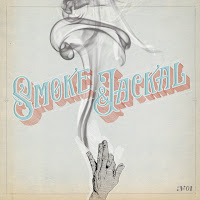 Smoke & Jackal
Mona’s Nick Brown and Kings of Leon’s Jarred Followill join forces to make fantastic Southern rock and roll on their debut EP. While it maybe what you expect to hear from these two, but it certainly packs a punch considering it is just them without a full band.
FINAL GRADE: B+ 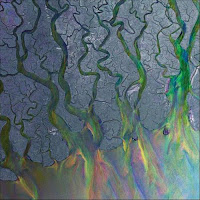 Alt-J – An Awesome Wave
The biggest indie band in Britain now is Alt-J and their debut An Awesome Wave is arguably the reason. The band find ways to combine ambient beats and vibrant rhythms together that make it a record you can relax to but also dance to should the right DJ get a hold of it to remix.
FINAL GRADE: B+ 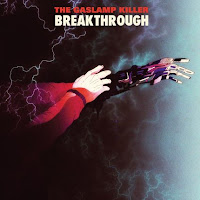 The Gaslamp Killer – Breakthrough
After being around for nearly 12 years, it is hard to imagine that hip-hop/electro DJ, The Gaslamp Killer has not released a full album – until now! Breakthrough is his first album and on the magnificent Brainfeeder label, The Killer can now stand out. Much like Flying Lotus he mixes styles and beats together in a way that can have rappers drop rhymes over them or have singers lay down a lush vocal mix. Featuring help from Computer Jay, Daedelus, Gonjasufi, Samiyam and others, Breakthrough is the Killers true breakthrough.
FINAL GRADE: B

Trouble Lights – The Endless Prom
There is a reason we picked Trouble Lights as our “Rising Artist” of this month and The Endless Prom is proof. The Iowa electronic rock bands debut takes influences from Bjork, The Knife, Robyn, Scissor Sisters and give a modern spin to bands like Republica and Elastica. The Endless Prom and while kids these days love to dance to the latest DJ cranking out subbass heavy EDM, it is time to go back-to-basics and check out a band that will make you move just as, if not, harder.
FINAL GRADE: B+ 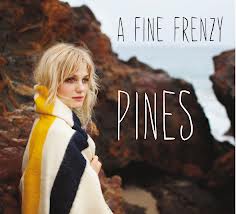 A Fine Frenzy – Pines
As A Fine Frenzy said in our interview, “The reason I make music and art is because I just want to communicate and hope and feel and I hope that someone will relate.” After years on a major label and learning more about herself as an artist, musician and human being, A Fine Frenzy realized that the multi-media package that would become Pines needed to happen. Pines is an album, short animated film and book. “I did it without compromise. I didn’t compromise on what I was setting out to do. I approached this record differently and it was a much more organic, grass roots campaign,” she said. Taking inspiration from bands like Bon Iver, Grizzly Bear, Nick Drake and the Amelie soundtrack and film, Pines was designed. However, as she put it the record is “about moods, emotions and feelings and I wanted to explore all of this.” At nearly 70-minutes in length, Pines is a musical odyssey that brings the listener to various emotional landscapes and places. Whatever A Fine Frenzy intended on doing, she and her band achieved.
FINAL GRADE: B 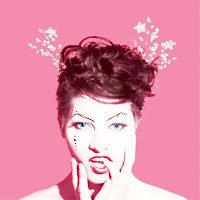 Amanda Palmer – Theatre is Evil
After a massively publicized and successful Kickstarter campaign to fund her latest, Amanda Palmer and her Grand Theft Orchestra released Theater is Evil. The record, is one of Palmer’s best. With massive orchestral sounds flowing through a rock-meets-vaudeville album, Palmer shows she is much more than a woman you need to follow on Twitter, but someone who spent her fans money wisely.
FINAL GRADE: B

Sirkus Sirkuz - Triology
Former Japanese Popstars beatmaker, Declan McLaughlin aka Decky Headrock goes solo since leaving the Popstars and brings with him a trilogy of EPs.  Each EP is a progression from the last that brings together various eras of dance music, EDM and puts his own spin on what is new in electronica. A worthwhile listen and someone to keep an eye out for.
FINAL GRADE: B 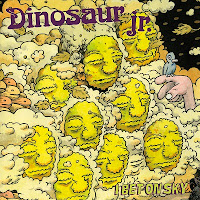 Dinosaur Jr. – I Bet on Sky
The Massachusetts indie rock vets return for their new album and serve up an instant Dino Jr. classic. I Bet the Sky is the band at their finest, taking elements from the early years and showing off they still have enough gas in the tank to rock harder than many young bands out there today.
FINAL GRADE: B 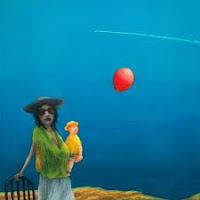 Menomena – Moms
On the Portland indie rockers fifth record, Menomemna prove they are not in this business for any commercial reason and get as strange and diverse as they possible can. Moms may not be the best record from these guys, but they sure show off that they can get deep in their lyrics and sound as they tackle on their material stories and sagas.
FINAL GRADE: B- 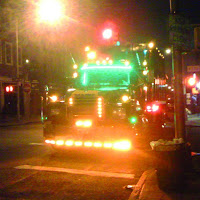 Deerhoof – Breakup Song
It is hard to imagine that Breakup Song is the 12th record from Deerhoof, it also is one of the most simplistic records the indie titans have ever released.
FINAL GRADE: B- 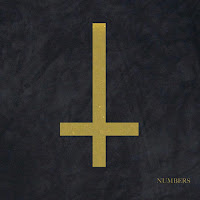 Mellowhype – Numbers
Left Brain and Hodgy Beats of Odd Future serve up their third record as Mellowhype. Unfortunately for the hip-hop duo from the strong collective, this record, falls a bit flat and not as edgy or forward as their previous efforts.
FINAL GRADE: C+ 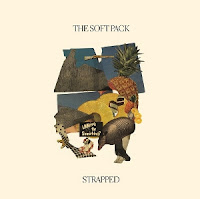 The Soft Pack – Strapped
The California surf-rock band puts out their second record and refuse to fall into the surf-rock category any longer. Strapped is a record that starts off grand and very promising but falls short of victory after the four piece try and do too much with various musical arrangements and styles.
FINAL GRADE: C+ 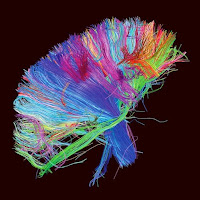 Muse – The 2nd Law
While Muse were recording The 2nd Law, they had made mention that they were inspired by the new bro-step trend hitting the globe thanks to Skrillex. Well, Muse may have been inspired by it and used elements of it, but what they did was mask the fact that they made a record that totally takes elements of Queen, Led Zeppelin, Thin Lizzy and U2. Sure, Muse has taken elements of those bands in the past and mixed it with 90’s era Radiohead and we have praised them for it, but now, the copying and uninspiring music adds up to the fact that they have gotten lazy after being so commercially successful. Unfortunately for The 2nd Law, it proves to be the most forgettable record from a band who has made a career of making unforgettable albums.
FINAL GRADE: D
Posted by Salvatore Bono at 5:31 PM