If anyone thought that Blur's final performance at the Olympic Closing Ceremony was it for good -- think again! BLUR ARE BACK! Taking to their Facebook page on Friday, Blur announced the first of what hopes to be many gigs next year. The band said, "Thank you for waiting... Rock Werchter is about to announce that Blur will headline next July. We're excited.. hope to travel in 2013 to play to more of our lovely fans who we haven't seen for a while. Don't know where yet, we'll tell as soon as we do.."

RZA has confirmed that their are not one, but two ODB films in the works. The films, Dirty White Boy, will focus on ODB's manager during the rapper's final two years and Dirt: One Word Could Change The World surrounds his rise to fame. RZA told indiewire.com, "I'm involved with both, anything about his life, I want to help out with any capacity." He then said, "Me and [ODB] ran through this city, man, cutting school, stealing pretzels from the hot dog stand, being vagabonds, sleeping on the trains, drinking '40s on the back of the A Train, rapping, getting chased by the police. It’s a coming of age story that me and him and a few of our cousins went through. Then it goes on into finally becoming Wu-Tang, going through that hell. And then it takes on his side of it, not my side."

Neil Young has hinted at a possible Buffalo Springfield reunion, the band that helped make the legends name in the 60's. Speaking to The Guardian he said, "Two of the guys are no longer with us, so it's difficult, but we're yet to do something that …you never know."

Deftones have released the cover to their new record, Koi No Yokan, which arrives next month. Take a look below: 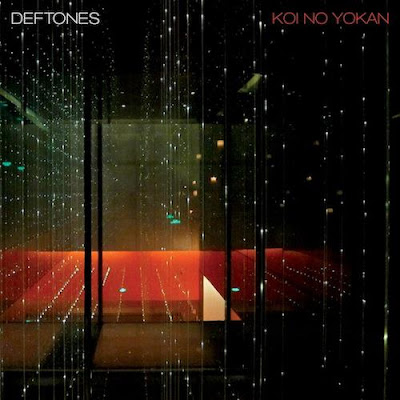