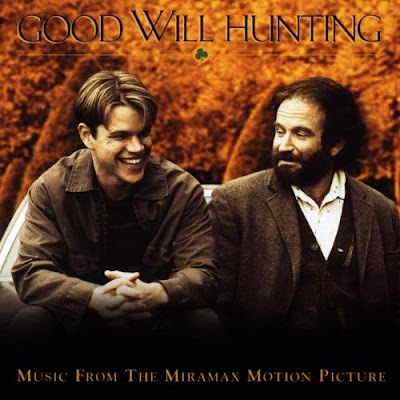 Good Will Hunting helped two struggling actors from Boston become household names and win an Oscar for Best Original Screenplay at the 1998 Academy Awards. The film, which became an indie classic, also helped define the music of the late 90s. The decade started off with the aggression and anger of hip-hop and grunge but ended with the melancholy and dark sounds of the new emerging indie artists that would define the next decade thanks to the influence they had on musicians arriving in the new Millennium.

Using the music of Elliot Smith, The Waterboys, Luscious Jackson, The Dandy Warhols and the orchestral arraignments of Danny Elfman, director Gus Van Sant surrendered the audience to the mood he wanted to paint with the film through song. Smith was even nominated for an Oscar for his song "Miss Misery," but would lose to one of the biggest songs of all time -- Celine Dion's "My Heart Will Go On" from Titanic. Now, nearly 20 years later, the record plays more than just the songs from a film but a moment in time.
Posted by Salvatore Bono at 6:09 PM