According to The Mirror, The Stone Roses will release their third album this summer as they embark on a tour. The Manchester legends will be playing various parts of the UK and Europe as well as New York City. No official word from the band has been announced. Stay tuned...

Motion City Soundtrack are calling it quits after almost 18 years. In a press statement, the band said: "It has been a quiet winter for us. We’ve had some time at home after a very busy 2015. With this time, we've been able to think about the past, present, and future of Motion City Soundtrack. All of this thinking has lead to several conversations, and these conversations have lead us to a very bittersweet realization: We have no idea what the future holds, but for now we are done. Needless to say, we’re feeling all the feels - you may be as well. If so, or if you’ve ever been touched by our music, we ask you to come out and sing along with us one last time in 2016."

President Obama said he is a big fan of J. Cole thanks to his daughters. The Commander-In-Chief said: "I Love J. Cole!" at a Democratic fundraising event at SXSW.

Thanks to a few Instagram posts from XXL, Kendrick Lamar is currently in the studio working on new music. No further info was given if and when it will be released.

The Avett Brothers will release their new album, True Sadness, in June. Take a look at the cover, below: 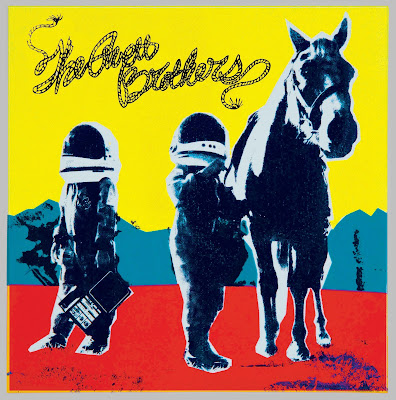