Haim took to Twitter to announce they are releasing new music soon and hitting the road. Take a look at the band announcement, below:


Emo-punks Hey Mercedes have announced they are reuniting for a series of gigs. The band have not played together in nine years. In addition to the gigs, they will be reissuing Everything Fire Works in July.

The early recordings of the great Miles Davis will be released in May as part of a 10-inch vinyl box set. The Complete Prestige 10-Inch LP Collection is his outtakes and recordings with the Prestige label from 1951-54.

In May, New Order will release the extended version of last year's fantastic album Music Complete with Complete Music. It is a new edition of the album with extended tracks. Take a look at the artwork below: 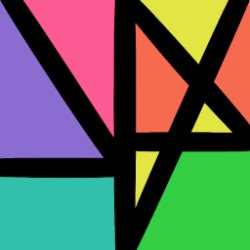