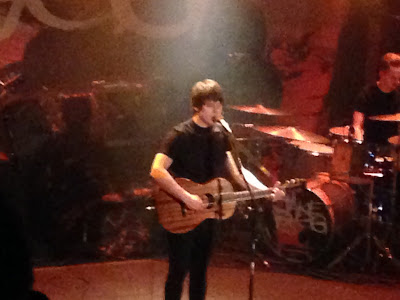 In the SXSW hangover, one of Britain's favorite new songs concluded a short U.S. tour in New York City. Jake Bugg, who performed in Austin, Texas, seven times last week during the festival added one final gig to his small tour with a sold-out show at Bowery Ballroom.

Bugg, whose new album, On My One, will arrive in June, opening his set, which started at 9pm sharp with the album's title track. It is a rocking song that doesn't fill a room quite like some of the singles off his Rick Rubin-produced Shagri La, but enough to still make you become in awe of the young singer. The album, which will hear Bugg play every single instrument, seems to be a throwback to his first record, his critically acclaimed 2012 self-titled debut. As he showcased more songs from the upcoming LP with his small band, Bugg barnstormed through almost everything he had. 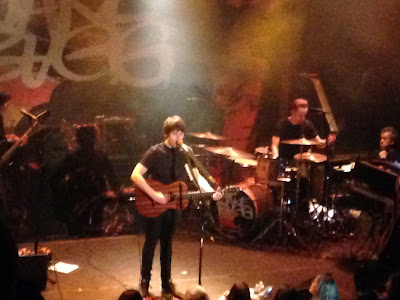 As fans packed the small venue, it became a rare treat to see the 22-year-old in a tiny place. The last time Bugg was in town, two years ago, he played two nights to much larger crowds at sold-out concerts at Terminal 5. Now, the die hards who are waiting for new music and a chance to see him again before he explodes on the festival scene, came through on a Monday night. 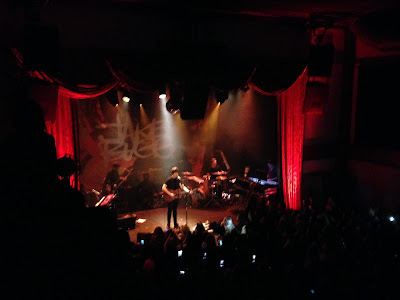 "I know it is Monday and everyone is tired but thanks for being here," he told the crowd. In the 75-minutes he was on stage he played fan favorites like "Two Fingers," "Lightning Bolt," "Me and You," and "A Song About Love." Noticeably absent was "What Doesn't Kill You," which left some fans confused since he had no encore, many were anticipating that to be featured in the set. Alas, in the 20-song setlist, he opted to showcase new tunes. Songs like "Bitter Salt," "The Love We're Hoping For," "Livin' Up Country" all made their New York City debut.

While Bugg doesn't really do much on stage, he lets the music do the talking. Sounding as sharp as a thumbtac, he displayed his musicianship, vocal range and chops right in the room, which is what he wants you to focus on. With On My One on it's way, it seems the music world will be focusing a whole lot more on Jake Bugg. 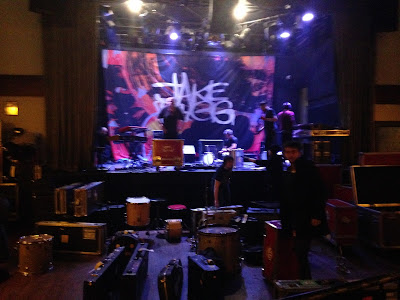 Posted by Salvatore Bono at 9:06 PM