Loud rockers Power Trip will release their new album, Nightmare Logic, sometime this year. No official date has been given.

Last year Dr. Know from Bad Brains was hospitalized after a heart attack. Now, a GoFundMe page has been launched to help the iconic punk guitarist pay for his medical bills. For more info, CLICK HERE.

Speaking to Rolling Stone, Lars Ulrich said that Metallica will release their long awaited new album this year and that the record will be "in your face." The outspoken drummer said: "I think it will be a pretty in-your-face year, at least the back half of it," Ulrich said. "Obviously, we've gotta finish the new record now. But thankfully we're quite far along. Hopefully we should be able to knock that on the head this spring, I would guess. So we will be gearing up and playing shows and doing all that fun stuff again soon."

Sweden's Peter Bjorn and John will release their new album, What Are You Talking About? in June. It will be their first new music in five years.

Tegan and Sara will release their new album, Love You To Death, in June. Take a look at the cover, below: 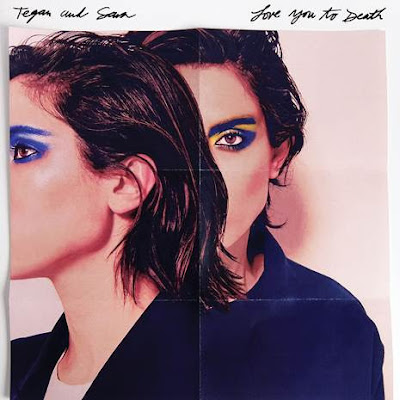 Posted by Salvatore Bono at 8:45 AM