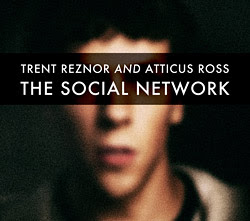 Later this month, the Oscars® will give out their award for Best Original Score to a musician or musicians who provided the backing sound to a cinematic landscape. In 2010, in one of his first post-Nine Inch Nails projects, Trent Reznor teamed with NIN collaborator Atticus Ross to deliver the soundtrack to David Fincher's The Social Network. The soundtrack, which came as a surprise to many featured textbook non-aggressive NIN's sound and musical landscape that took many, including Academy members by surprise. While longtime fans of Reznor's were not surprised to hear such sounds of minimal blips, beeps, beats, piano, and strings, it was nice to see that he was finally be accepted by another audience for his brilliant work, that work that would land him and Ross and Oscar® for Best Original Score. The soundtrack to the film even featured a reworking of the classic "In The Hall of the Mountain King," which also turned many heads that a fresh new take could be done on centuries old classical music songs. As we look to see who will win Best Original Score at this years awards, it was only two years ago when this score was looked on with such high regard.
Posted by Salvatore Bono at 5:26 PM