Primal Scream will release their new record, More Light, on May 6. This is the bands first album of new material since 2008's Beautiful Future.

After having to cancer a slew of concerts last week due to a bleeding ulcer, Morrissey has been diagnosed with a pre-cancerous throat condition called Barrett’s esophagus which is an abnormal change in cells in the throat and could escalate to cancer. In a statement, Moz wrote, "The reports of my death have been greatly understated. Once admitted to the William Beaumont Hospital at Royal Oak in Michigan, I received treatment for concussion, a bleeding ulcer, and Barrett’s esophagus (sic). The positive from all of this is that there are now no known ailments left for me to try. I am fully determined to resume the tour on February 9 at the Chelsea Ballroom in Las Vegas.”

Hurts have released the cover to their new record, Exile, which will arrive in March. Take a look at the cover below: 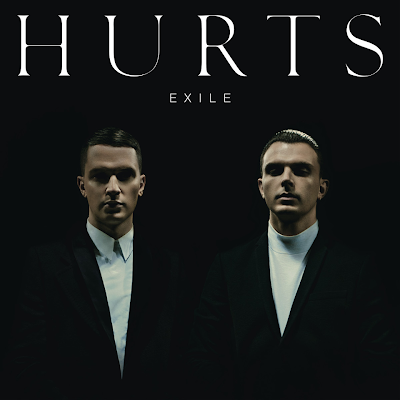 Posted by Salvatore Bono at 7:50 AM