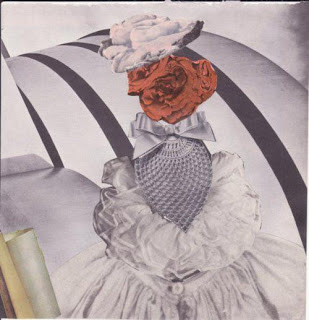 While Quicksand just wrapped their current mini reunion tour, one of the NYC post-hardcore legends opening acts of their intimate reunion gigs last summer took many by surprise. The opener, an unknown named Italian Horn quickly became the talk of New York and as word of mouth spread about the band or artist behind the band, it became more and more of an enigma. Little was known about Italian Horn, then after some investigating work, the shoegaze, cold wave inspired band is the brain child of New York City historian, VICE magazine writer, and author Anthony Pappalardo. The band made their live debut in April 2012 and had been quietly gigging around New York until Quicksand came calling last summer. Now, in one of his first candid interviews, Pappalardo spoke to us about taking his name from an iconic piece of jewelry, his music, and background.

The band is really your baby, how did the making of Italian Horn come
about?

Italian Horn started when I was experimenting with a bunch of crap I
had in my apartment. Here's a partial list of said crap:

I was listening to a lot of Loop, and thought about using that as the
blueprint for a lo-fi project. Instead of using a ton of layering to
create depth it was based on a bunch of simple, repetitious sounds.
Then I scrapped the whole shit, and went back to listening to the
4,000 Gigs of Guided by Voices I had on my laptop, same idea but more
vocally based, and usually incorporating conventional song structures.
Red Affair and Bells of Spring both a marriage of those two ideas,
just simple loops with vocals over them.

You have been playing with a band for less than a year now, what made
you want to add backing members for your live shows?

Jim Siegel, had moved here from Boston and was a drummer I dug for a
while. He offered to play drums if there were any live shows, a few
days later I ran into Alan and he mentioned he'd be down to play bass
and that Dave would play guitar. With the 12" coming out on Dais it
made sense to try to play some shows. At first I was really concerned
about replicating the sounds but it was great to play with everyone
and start from fresh. We've been told that live it's more like
Dinosaur Jr / Hüsker Dü which is a cool contrast to the EP which
sounds like Flying Saucer Attack if they played power pop... at least
to my weird ears.

You take the name from a very famous and iconic piece of Italian jewelry and part of Italian folklore, does this reflect your roots? Why the name?

I was joking that if I had known how many great opportunities we have,
I would have picked something that rolled off the tongue a bit easier.
We often get called Italian Porn, I think that sounds cooler. That
object has haunted me my entire life, one hung from my gold chain as a
kid, another hung from my rear view mirror when I got my first car
(you go straight to heaven if you get in an accident and die but have
the horn), and now I live in an Italian neighborhood in Brooklyn,
where I have to dodge them to get anything done.

You played in other bands prior to Italian Horn, how is this different than from what you had done before?

Every other band I've played in had a very specific scope and aim.
They weren't going to grow they were going to shoot straight like an
arrow, hit their target, and get plucked out and reused until they
were dull. Italian Horn can go in any direction, I wouldn't be opposed
to doing something totally different on the next release, exploring a
different production style, or just fine-tuning what we sound like
now.

The band has been compared to many artists including Guided By Voices, were GBV an inspiration to you? Who are your inspirations?

One thing about Robert Pollard and his vocal approach is that it
sounds so natural, that is inspirational to me. I'm not interested in
the "big chorus", that forced hook that's so sugary that one of my
molars falls out and lands in my iced coffee. I like hearing a record
and then randomly having some part of it bouncing around my skull when
I'm picking up my laundry, or riding the subway. Bob is the best at
that. I'm a sucker for power pop and also repetitious music--that
could mean reggae or Lungfish---I like the depth that's created by
focusing on one thing. If you can marry that to a vocal that feels
right, then shit is great. I'm still inspired by old punk and hardcore
as well as new bands. I tend to like newer stuff that isn't poppy at
all, that being said Merchandise is a fabulous band, and they aren't
afraid to build a song around a big riff. That's nice.

You have released a handful of EPs including The Bells of Spring, last year. What was that experience like finally getting your music out?

I've had people telling me I'm good and I'm an asshole since I was
16-years-old yet I'm still not prepared for feedback. I can write
something, love it, and know where it's coming from and then someone
will tell me I'm ripping off another band, or that I can't sing.
Meanwhile, if I write something for VICE saying that a band sounds
like Nickelback I get death threats. People need to grow up and stop
being pussies. Half the bands they worship wouldn't exist if they quit
when people shit on them. Is the EP the best thing I've ever done? I
fucking hope not, that would be depressing, to actuality hunk you've
"done it." Lame. Ideally I'd be recording something everyday but I
also shoot off in so many directions that it's not feasible. What I
like about the Bells of Spring is that it's a story that I wrote
without knowing, I look at the songs now and go "holy shit, you were
documenting what was happening to you, being so literal" but I had no
clue, I was just writing songs and lyrics. I'm happy to have that 12"
out, I'm so flattered that Dais believed in me, and I need to make
something better... soon.

You recorded The Bells of Spring in the East Village, did the neighborhood and New York City play a big part of inspiration to making your music?

I get inspired by impulse. The best thing for me is walking home with
a bunch bag of stuff that I think will turn into a meal, and then
leaving it on the table because I have some idea for a song. Then I
record it, and it sucks, and then I make something else... that sucks
too and I cook the meal I intended to make and go to bed. The next day
I wake up and realize part of one of the shitty songs is rad and
record it. Home recording is cool because you can do that, and there's
not some dude w/a ponytail judging you talking to you in studio
jargon. The neighborhood didn't really inspire me as much as the
mundane parts of my life do.

You live in the East Village and are considered a neighborhood historian, how has the neighborhood shifted over the time you lived there?

I live in Brooklyn now and I'm not much of an EV historian, I'm just a
dude that remembers a lot of shit. I'm only 37, there are so many
people who have seen that area change 10 times over, I saw a sliver of
the change. This island is weird, everyone complains about the "old
New York." That's really sad to me, the old anything is gone, if you
aren't embracing where you are now, you should go to bed and dream
about something that you can't have anymore.

How would you describe Italian Horn to someone that has never heard of you before?

A guy who likes Guided By Voices as much as Slowdive was in a record
store buying some noise cassette and the clerk is skeptical of him but
thinks he's ok even though he's wearing clothes with logos on them and
still rides a skateboard... and not a fucking cruiser board.

Not much is known about the band and what is given is very straightforward – music, shows, releases. What would you like people to know about the band?

That being mysterious or cool is really fucking tedious, who cares. It
was rad when there was so little information about a band that you
said to suck the marrow out of every bone you found of something you
liked. Trying to be "mysterious" when people know what you're eating
and where is kind of boring. I don't care either really but it's no
for me. I also like rap music and sports so whatever.

You opened for Quicksand at their NYC reunion gigs, how was that experience?

It was amazing to see a band reunite and sound better and fresher than
they did when you were rosy about everything and so optimistic.
Quicksand was a band that brought in something important when a wave
of hardcore was getting phased out. What Quicksand were doing made a
lot of sense then, by slowing down tempos, blending atmospheric sounds
with heavy riffs and rhythms, it was aggressive but not aggro, tuneful
but not "pop", and then a lot of shitty bands tried to sound like them
and failed. Years later I hear a lot of bands that sounds like they
were informed by Quicksand, bands that have no direct link to
hardcore. People will debate me on this but if you play a Jesu song
and a more subdued Deftones song back-to-back, there's very little
difference, and the Deftones not only have Sergio from Quicksand
playing bass for them now, but they admittedly love Quicksand.

How did it come about that you would open for Quicksand?

Walter mentioned it the week of the shows, asking if we could do it.
Of course our heads exploded and we said yes and started practicing
every night in case it happened. THe rest of the guys supported the
idea and it happened. It's pretty fucking trippy because that's one of
the most insane opening slots to ever have, and so many bands that
would be perfect for it, to be asked and have the honor of playing is
something that still doesn't' seem real when I type it. We're so
fucking lucky it's insane. So thank you again to Quicksand for making
that happen, and Walter for even thinking of asking.

Aside from making music, you are also an author, are you currently working on your next book?

Just working hard at VICE, coming up with new ideas for weekend
content. I won't be trying to get a new book going for a little bit, I
have some other projects in the works, that aren't writing base. I'm
taking a little break before I commit to another one!