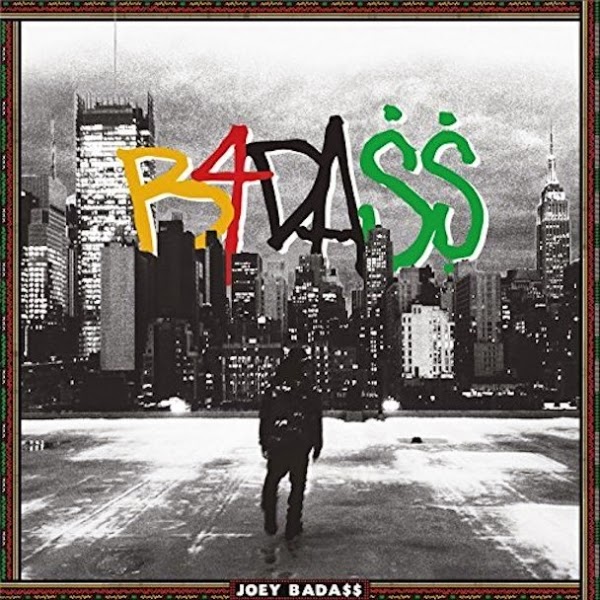 Joey Bada$$ - B4.DA.$$
Brooklyn’s Joey Bada$$ just turned 20 but has been turning heads since he was 17. After a series of acclaimed EP’s and mixtapes, Bada$$ arrives in grand fashion with his full length debut, B4.DA.$$ and brings with him a touch of 90’s glory days and a willingness to showcase he is one of the leaders of the new school. While 2014 suffered as a lackluster year for hip-hop, Bada$$ goes firing on all cylinders at the top of the new year with his debut. A ferocious look into the mind of someone who doesn’t seem to be in the music for the fame but for the message.
FINAL GRADE: A+ 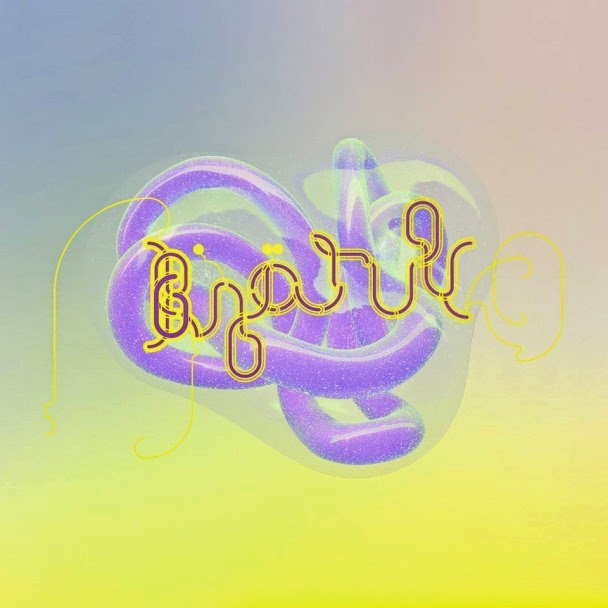 Bjork – Vulnicura
The last time Bjork dazzled her audience was in 2011 with her app album, Biophilia, now, the Icelandic princess who has always discussed nature, life, and science, travels inward for the first time to discuss herself. Vulnicura is Bjork at her most vulnerable. It is a breakup record that plays out like the plotlines of an Oscar contending film that rips from the headlines and heartstrings of Bjork’s own life. The album is an expression of her breakup with artist Matthew Barney and culminates three months before the split, the heart of the breakup, and the recovery after. With production by Arca and The Haxan Cloak, heartbreak never sounded so bittersweet.
FINAL GRADE: A 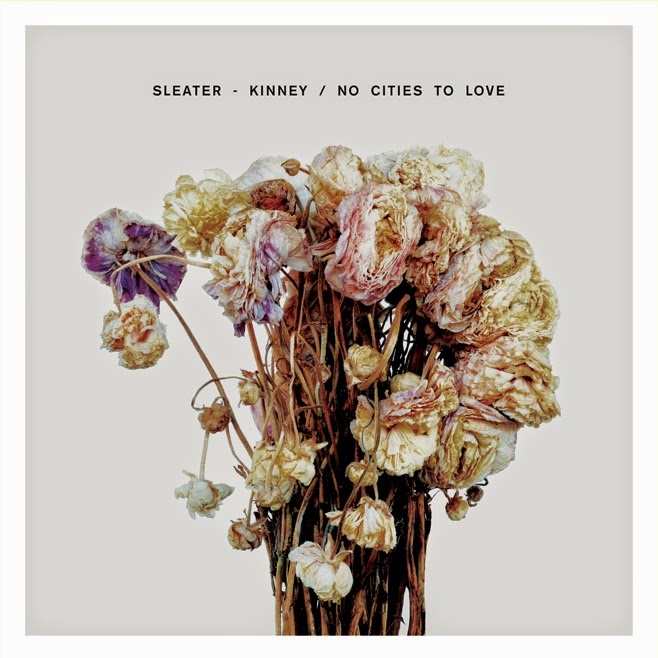 Sleater-Kinney – No Cities to Love
For the first time in a decade, punk heroines Sleater-Kinney return with their eighth album and showcase that even if life gets in the way of this band they will not lose their touch.
FINAL GRADE: A 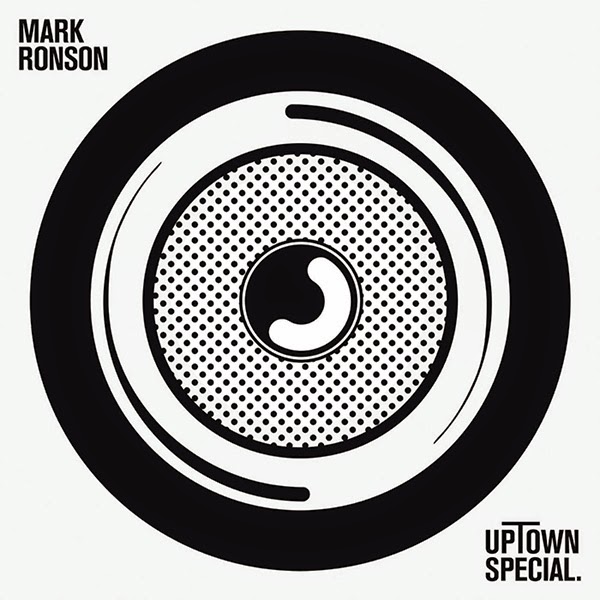 Mark Ronson – Uptown Special
Leave it to Mark Ronson to craft one of the best soul and funk records of the last 15 years. The British beatmaker and producer gets everyone from Stevie Wonder to Bruno Mars on Uptown Special and crafts a concord of sound that will get any party started from here to whatever uptown special you may be going to.
FINAL GRADE: A- 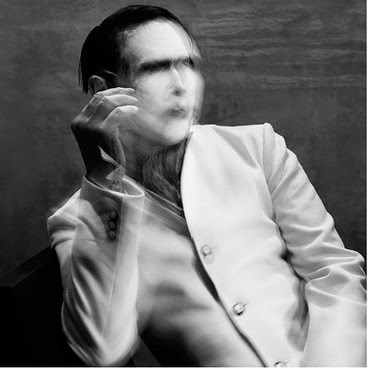 Marilyn Manson – The Pale Emperor
Marilyn Manson continues to make music but not headlines. The God of Fuck was a textbook shock rocker in the 90’s but as the turn of the century emerged his fame seemed to diminish. While he never left the spotlight, he was not exactly the center of attention any more, he left that for Lady Gaga and reality TV stars to try and shock the media. But Manson still put out music and still worked as an artist and actor, recently appearing on the final season of Sons of Anarchy, but the AntiChrist Superstar was not the man in the spotlight and because of that it may have lead to a creative vein being cut open and allowing Manson to craft one of his finest records. The Pale Emperor is his ninth opus and doesn’t hold back. It plays like a cinematic voyage into the mind of a man who strived for celebrity, achieved it and then wanted to get away from it as fast as he could. It is a record as complex as the man who crafted it and a record just as compelling as the man whose story it is.
FINAL GRADE: B+ 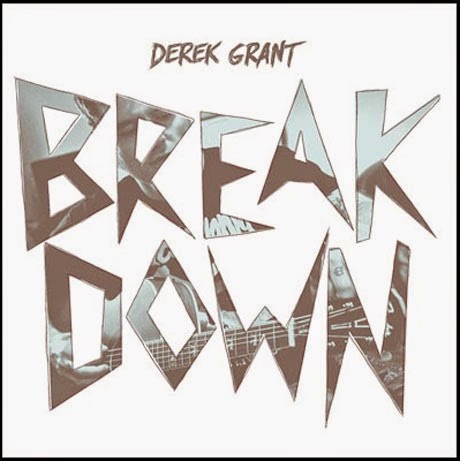 Derek Grant – Breakdown
Alkaline Trio’s drummer goes right up to the front of the stage with his solo debut, Breakdown. Grant, known for being the backbone of the punk rock trio that has gained so much attention through the years showcases his tender and emotional side on Breakdown. If you thought you new Grant before, think again, you will look at the musician in a whole new way from now on.
FINAL GRADE: B+ 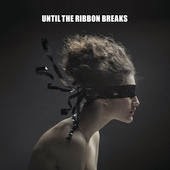 Until the Ribbon Breaks – A Lesson Unlearnt
The long awaited debut from one of music’s most promising groups, Until The Ribbon Breaks, finally has arrived. It is hard to tell if it was worth the wait but fans of the group who have been waiting for A Lesson Unlearnt will enjoy what they hear, while new fans will emerge curious to the sound and style this sexy band can make.
FINAL GRADE: B+ 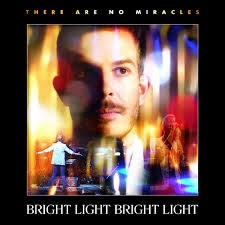 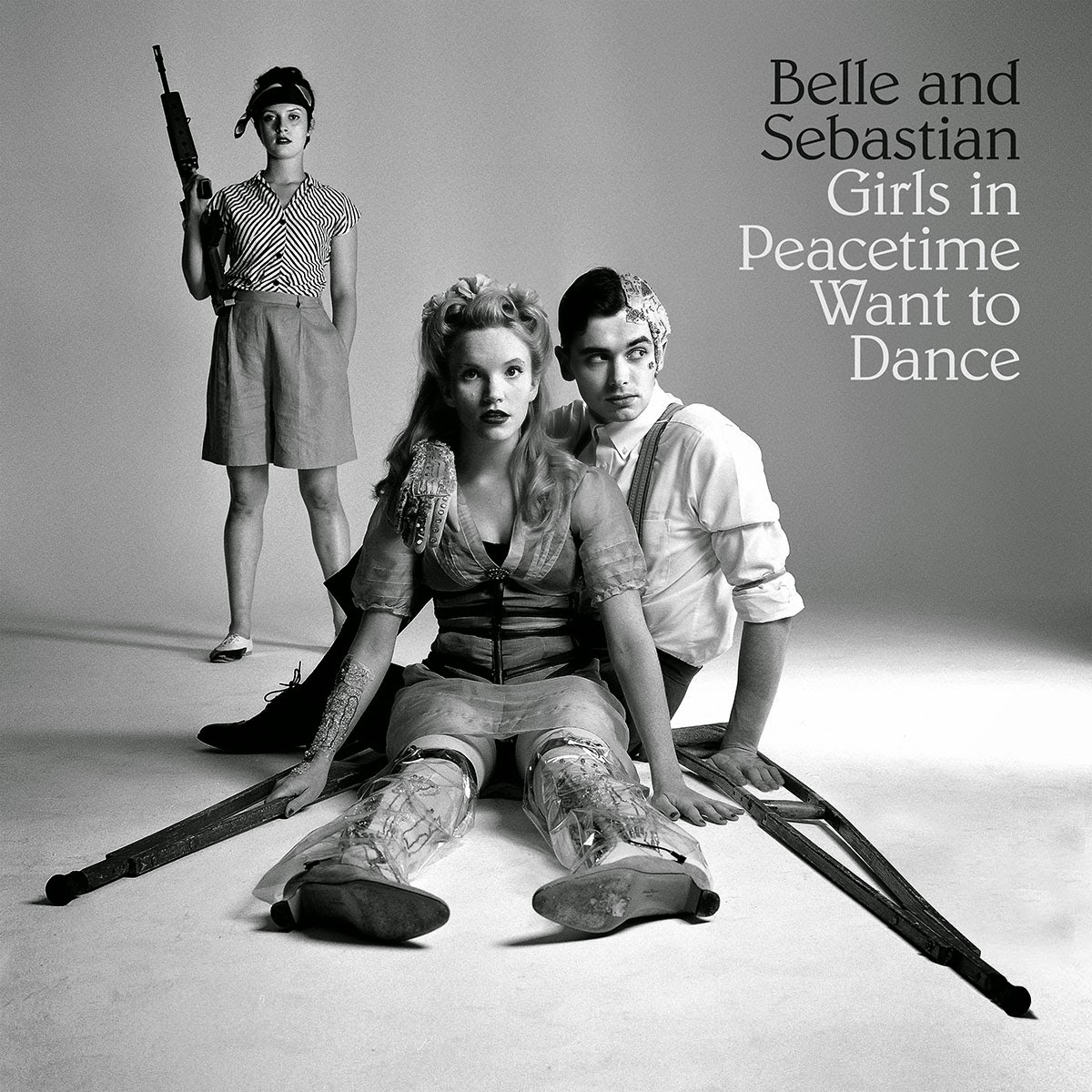 Belle & Sebastian – Girls in Peacetime Want to Dance
Nine albums in and Scotland’s Belle & Sebastian are still as cute as ever. Girls in Peacetime Want to Dance is a fun and pun filled record that still shows their strong writing style while keeping with what has got this band so much attention through the years.
FINAL GRADE: B 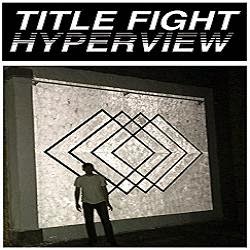 Title Fight – Hyperview
Take what you know about punks Title Fight and throw it out the window. Their latest, Hyperview, is a shoe-gaze rock record that shows that they have the testicular fortitude to head into a new direction and not alienate the fanbase that has developed around them like cult.
FINAL GRADE: B 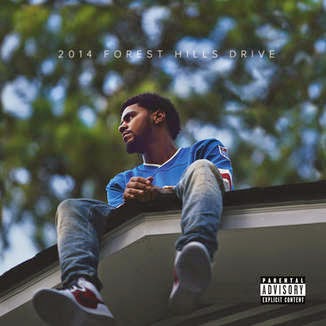 J. Cole – 2014 Forest Hills Drive
One of the last records of last year happened to be one of the most solid and surprising and no, we are not talking about D’Angelo, it came from J. Cole. Cole, who surprised fans with 2014 Forest Hills Drive gets really personal and vivid about what it was like for him growing up and developing into the man he has become.
FINAL GRADE: B 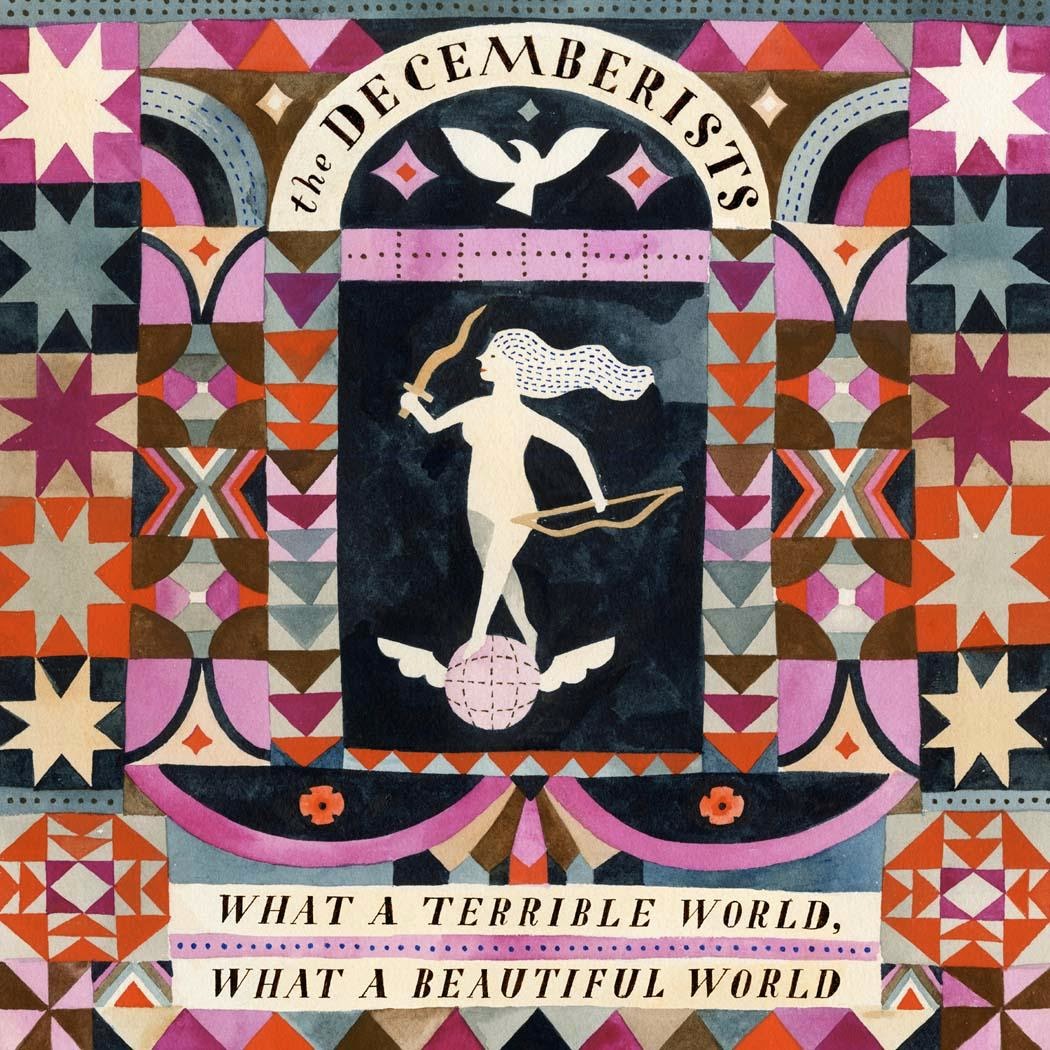 The Decemberists – What a Terrible World, What a Beautiful World
Colin Malloy of The Decemberists has a knack for telling a story in his songs, it has what has made him one of America’s most prolific and acclaimed songwriters of the last 20 years. So, on his band’s latest effort, their ninth record, he tries to find beauty in tragedy and finds tragedy in beauty. The record, is typical Decemberists but it is Malloy who is the star of the show. From singing about personal experiences to trying to wrap his head around the Sandy Hook shootings of 2012, What a Terrible World, What a Beautiful World, is his cathartic experience to get his emotions in order.
FINAL GRADE: B- 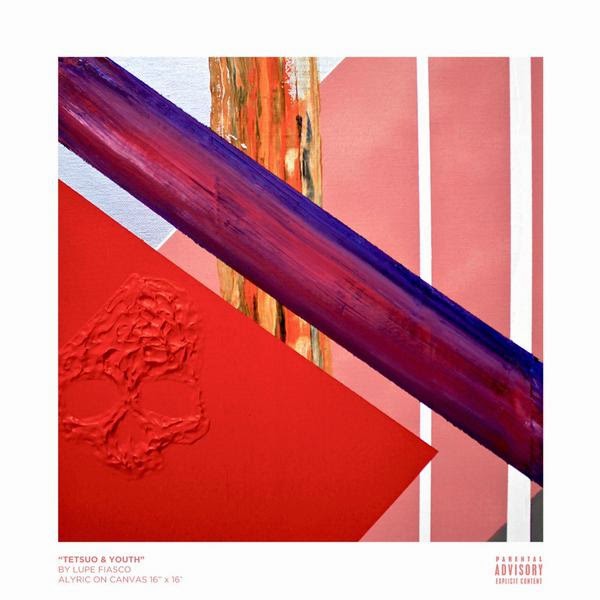 Lupe Fiasco – Tetsuo and Youth
There was a point in Lupe Fiasco’s career where it seemed he was poised to be the next Kanye and get on the level of acclaim that Kendrick Lamar would get in 2012 after his debut. None of those things ever panned out. No one is clear if it is because of label disputes or just Fiasco’s own demons that prevented the talented emcee from Chicago to get to become one of the biggest names in hip-hop. Yet, this gets addressed on his latest Tetsuo and Youth. His fifth album is one of his most solid and concrete in years and not just trying to craft singles but really try and craft a full record. On Tetsuo and Youth, Fiasco gets personal and gets political, it is one of his most ferocious to date and worthy of a listen.
FINAL GRADE: B- 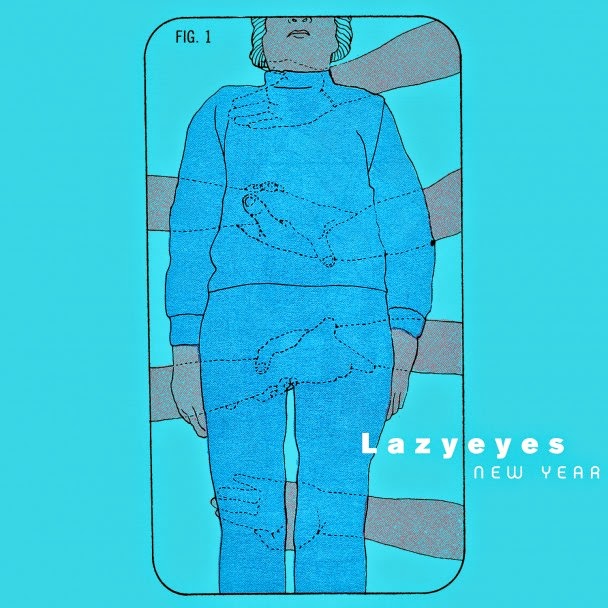 Lazyeyes – New Year EP
Emerging Brooklyn shoe-gaze favorites, Lazyeyes, return to start 2015 off with a new EP. New Year EP is the band at their best and preparing fans to what is to come in the year ahead.
FINAL GRADE: B- 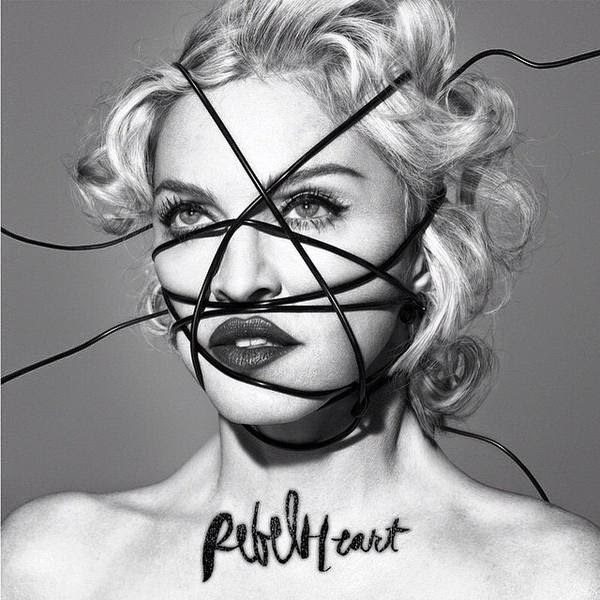 Madonna – Rebel Heart
While Madonna has always set trends, lately her records have just been going with the trends. The Material Girl enlisted Diplo for her latest album and while he is one of the biggest producers in the business now, the icon can’t get into the groove. Rebel Heart like her last two albums, Hard Candy and MDNA, are just derivatives of what its out now. She tries too hard to try and stay relevant instead of trying to create what will be popular next or the blueprint for other artists to follow. The fact that Mike Tyson is the most interesting thing on a Madonna record is the most shocking part of this whole scenario.
FINAL GRADE: D
Posted by Salvatore Bono at 5:24 PM