Speaking more to NME, Justin Young of The Vaccines said that their new album English Graffiti was inspired by an article he read in The New York Times about the globalization of culture. Young said, "We live in a really weird time. We're voyeurs. We're constantly looking at this constructed reality online. We feel super-connected, but I don't think we are. I feel a massive disconnect between what we perceive to be real and attainable and what actually is."

Also speaking to NME were Palma Violets who are currently working on their sophomore LP. Guitarist Sam Fryer gave an update on the album and said, "We're a 'moment' band. We're still 21 or 22 and this record sounds youthful. As soon as we heard those 15 demos from The Doghouse, we knew we were making something great."

Another person chatting to NME this week is Paul Weller. The Modfather talked about his upcoming LP Saturn's Pattern and said, "It's just bonkers in places but it's really melodic, there's great tunes on there. It's a little bit of a leap into the unknown, really. I don't know where it will take me, I have no idea. I wouldn't say it's dance because I wouldn't do a dance record as such, but it's got a lot of movement to it. It's gone past my expectations, in a way."

Jack White is set to appear on his own TOPPS baseball card representing the Detroit Tigers after the musician threw out the first pitch a game over the summer. Take a look at the card below: 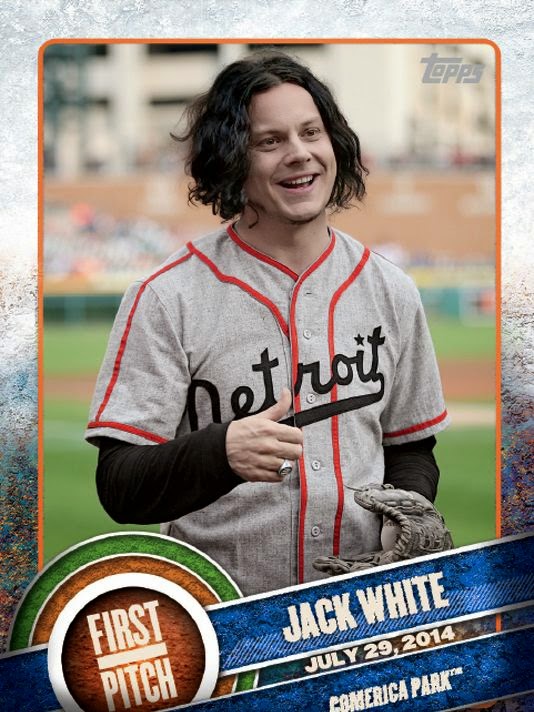 Posted by Salvatore Bono at 4:55 PM