Speaking to The Fader, Chance the Rapper dived into new info about his upcoming album Surf that he is doing with The Social Experiment, a band he is apart of. The interview speaks about how Chance is just a member of the band like anyone else and that he is not the focus of the group. Group member Donnie Trumpet emphasized this point saying, "If they only wanna listen to the songs with Chance The Rapper, they're gonna have to listen to the whole project cover-to-cover because I'm not gonna tell them which songs [he's on]. The important thing is just to listen. Listen to the music, then send it to your grandma." Chance then mentioned that his long awaited new solo record will arrive after Surf comes out and will feature Andre 3000, J.Cole, and Frank Ocean.

This is a just because photo. It is not news just fucking awesome. Friday night, Run The Jewels opened for Jack White at Madison Square Garden and brought out Zach de la Rocha of Rage Against the Machine to perform "Close Your Eyes (and Count to Fuck)." To commemorate the special event, Run The Jewels posted this incredible backstage photo: 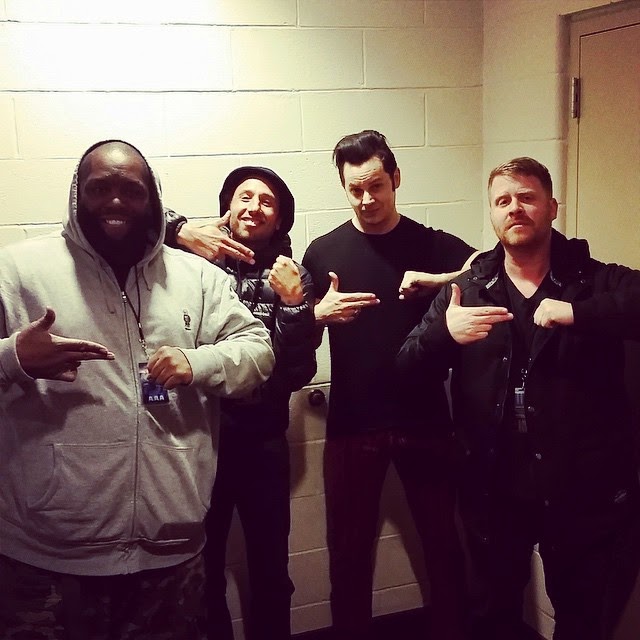 Posted by Salvatore Bono at 8:29 AM