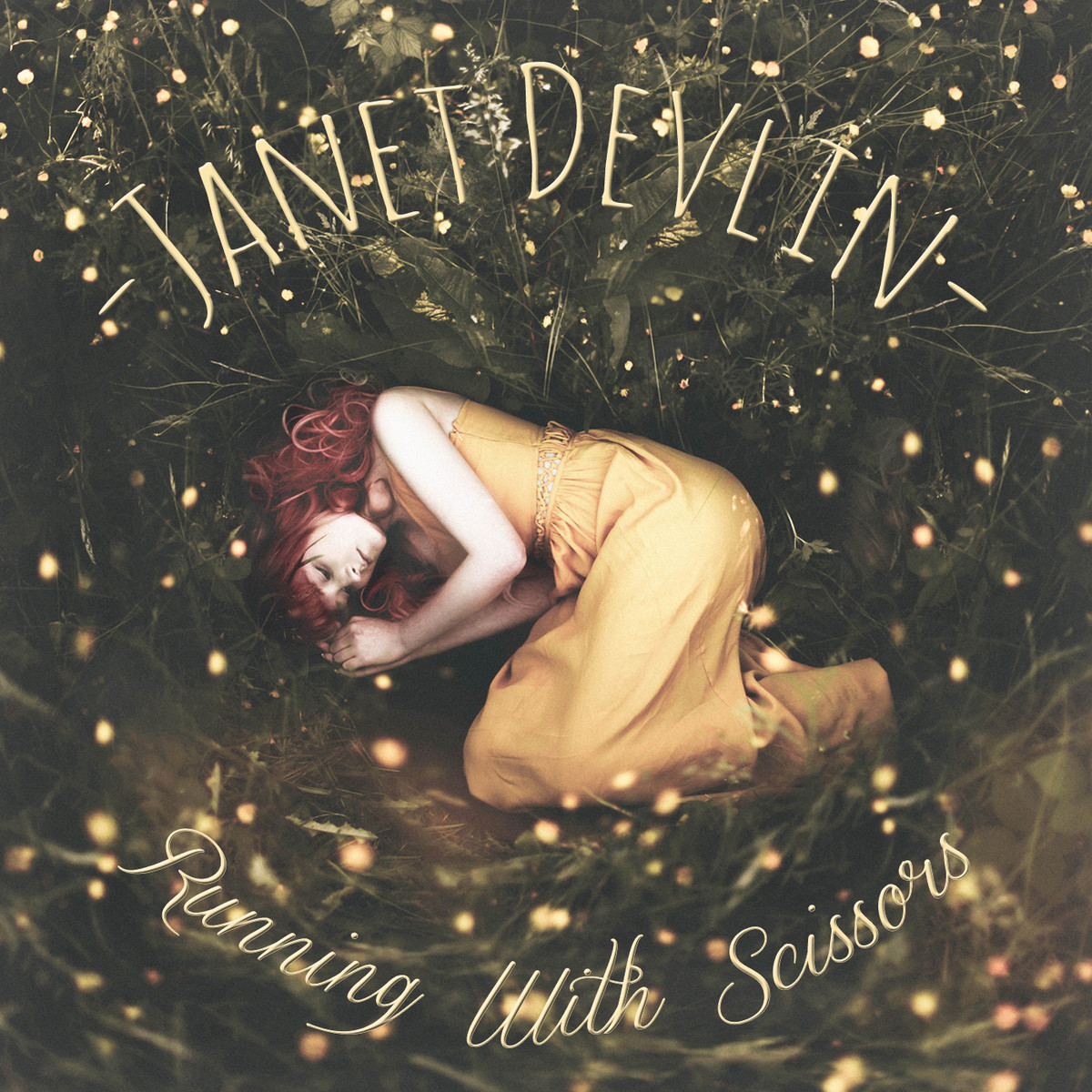 On an absolute frigid February Monday night in New York, a young singer / songwriter began her international music career in the neighborhood that gave birth to the singer / songwriter genre. Inside a packed Red Lion in the West Village, Northern Ireland’s Janet Devlin made her New York City debut and her first concert ever in the United States. If you are reading this from the U.K., you know who she is, but here she is an unknown, yet, that is about to change.

Devlin began her music career on the British version of X-Factor. While she didn’t win when she was on, she became one of the breakout stars of the series and even went to perform at Wembley Stadium. Yet, for her Big Apple debut, she played the tiny Red Lion to a packed house listening songs off her just released album, Running with Scissors, and with her covers of Lorde’s “Royals,” Elton John’s “Your Song,” and her show-stopping rendition of The Cure’s “Friday, I’m in Love,” it was enough to make Robert Smith himself crack a smile. She had the eyes and ears of everyone around her hanging on every word and this was just the beginning.

After Devlin performed, her and I went to a restaurant to chat and it was there that I found out there is more to this young soul than meets the eye. “There have been a couple places in my life where I have always wanted to go and have never been, but no where has ever been such excitement as much as New York,” she said, “I got here and was like, ‘I hope it has good as I hope it is.’ I got here and did all of the touristy stuff and I actually don’t think I have ever been so happy in my entire life. I can’t explain the absolute joy that was going through me.” On her maiden voyage to the city that never sleeps, Devlin didn’t show any nerves but strict joy and wonderment, which is what she took with her on stage.

Devlin, who turned 20 in November, is planting the seeds to a career that could have her become one of the best songwriters and brightest stars in the music world. Running with Scissors is proof of that. The record is an album of heartbreak and self-motivation, and with just two decades under her belt, she writes and sings as if she has gone and lived several lifetimes. In an era when most songwriters and pop stars want more sound, Devlin has stripped all of that away and when hearing her album and seeing her in concert, it is as if she is whispering right in your ear and that these songs are just for you. The level of intimacy and rawness while still being pop is what makes her so unique. “I write my songs the good old fashioned way, if it sounds good on one instrument, then you know you have got a good song because then you can build whatever you want around it. It is the songs that you can’t take the production away that aren’t as good of songs,” she said.

“Money isn’t a goal of mine, it is just a consequence of what I do,” in many ways, Devlin is the anti X-Factor contestant. “It seems like something you wouldn’t do in my positions. I wasn’t like, ‘Oh, I am going to go on X-Factor,’” she admitted. Before she auditioned, a friend got her a camera as a Christmas gift to encourage Devlin to record her songs and covers and put them on YouTube, it was then she was encouraged to do the show that started it all for her. “I never thought I would get further in it than I did,” she admitted, “The further I got, I had to reevaluate my goals because if I didn’t reevaluate my goals, I would be open to be what people wanted me to be.” Her goals were to make a record, learn the industry and get her feelers out, which she did and continues to do. “I found out what I wanted and started believing in it,” she declared.  She picked up fans like X-Factor judge Kelly Rowland, Newton Faulkner, who worked on Running with Scissors, and even Courtney Love, who alleges that Devlin might be related to Kurt Cobain. Devlin, who is a massive fan of 90’s grunge and rock and even had a Nirvana poster hanging in her room on the show. She confesses that she hasn’t researched too much into Love’s claims, “Because I am too scared of it not being true. Kurt Cobain is my idol.”

With all of these experiences, it gave birth to her “musical baby,” Running with Scissors. “There are certain songs that people have come up to me and burst into tears,” she said. The songs are her introduction and touches people through her words and their connections with them. Songs like “Lifeboat,” “Delicate,” “Whisky Lullabies,” are all themes everyone on this planet has faced, but she sums it up in a way that makes it inimitable. “There are a couple lessons you can learn from the songs,” she said. When making this record, Devlin also learned about herself, “I am more emotionally vulnerable than I ever thought I was.”

While her whirlwind, dream trip to New York came to a close, Devlin already wrote music about her experience, and hopes to return to the U.S. and explore more of what we have to offer and show America what she has to offer. “I don’t like staying still, so, I think that is why I like New York,” she said. While she is excited to make more music, she has her heart set on being here to do it, “I really hope to build a fan base in the U.S. I would love to move here. I would love to live her. I would love work here.” When I asked her if she believed in the American Dream, she replied, “I just believe in dreams. If your dreams don’t scare you, they are not big enough. There is no bigger place to crack than the States. It is a scary dream, but if I didn’t have it then I got no bigger goals. So I have to make them that big.”

Posted by Salvatore Bono at 8:30 AM