Sad news to report, documentary director Bruce Sinofsky, whose work included the Paradise Lost trilogy, Good Rockin': The Legacy of Sun Records, and Metallica: Some Kind of Monster, passed away over the weekend. He was 58. Sinofsky died in his sleep after a complication with diabetes. His work in Paradise Lost helped get the West Memphis Three out of jail and bring truth to a matter that would have otherwise gone unnoticed. To Sinofsky's family, friends, colleagues, and the West Memphis Three, our thoughts are with you.

Common and John Legend can add Oscar winner to their prefix now as the duo took home Academy Awards for their song "Glory" from Selma.

According to Oasis fan site, Stop Crying Your Heart Out, Noel Gallagher recently spoke to a German magazine and reportedly said that Oasis will celebrate the 20th anniversary of their iconic Knebworth concerts with a special DVD and album release. According the site, Gallagher said, "Just because it'll be the 20th anniversary of our Knebworth concerts in 2016. And because we're a bunch of nutters, we've completely forgotten that we had actually filmed the whole thing. With like 20 cameras and a lot of what happened on the festival ground as well. Like fans arriving, backstage sequences, interviews and flights over the area. Which we've never released. I've no idea why."

Speaking to NME at the NME Awards, Jarvis Cocker spoke about the possibility of another Pulp reunion. He said, "We're very cloak and dagger about that, well, it isn't cloak and dagger, we just don't know! We're not being mysterious, we're just not very together. Very little activity... It's like a volcano, you can think 'wow, that's dormant' and then the next day your house has gone, because it's erupted... Everything to do with Pulp or to do with me happens at such a glacial pace, that's it hard to tell whether anything's happening or not, but when it does, the whole geography of the planet is changed."

Also speaking to NME at the NME Awards was Jake Bugg. The singer / songwriter gave an update on his new music and said, "It's different, there are some darker songs, I haven't got a lot of fast ones this time but they might come later. The lyrical content's not going to be the same because I haven't experienced those things, I'd say it's a little bit darker."

Producer Joel Little has confirmed that Lorde will begin work on her sophomore album next month.

The Darkness will release their new album, Last of Our Kind in June. Take a look at the cover, below: 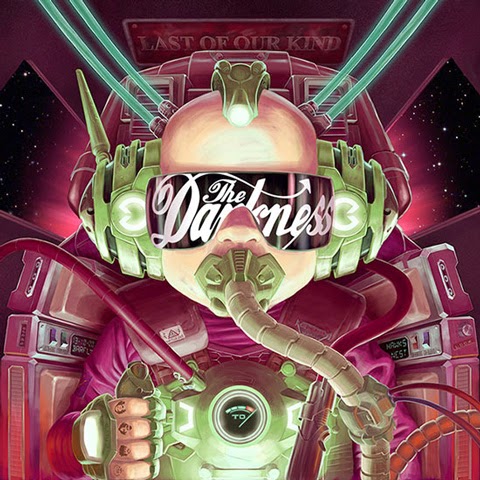