It might be thanks to Dave Grohl's series Sonic Highways which chronicled Foo Fighters making a new song in a different American city each week while giving the musical history of the city they were in that might be the reason 13th Floor Elevators are reuniting. The band, which were featured in the Austin, Texas, episode of Sonic Highways were influential to the early art rock and DIY scene in Austin and haven't played together live since 1968. Now, the surviving members of the band are reuniting and will play Austin's Psych Fest in May.

Riff Raff released the cover to his upcoming album, Purple Icon, which has a tentative June release date. Take a look: 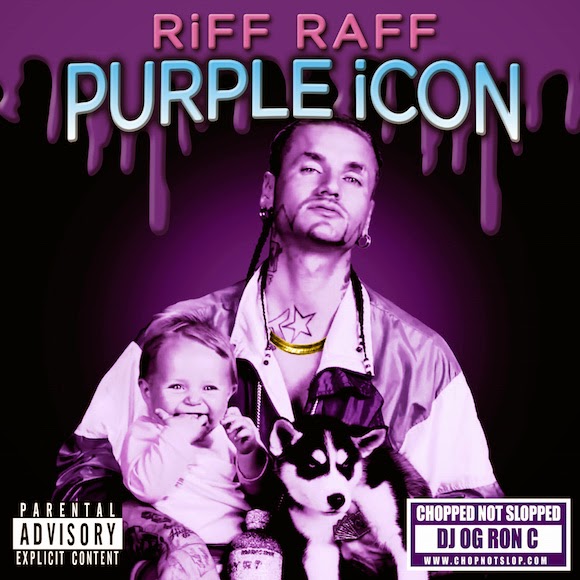 Musicians Common and Arcade Fire's Win Butler went head-to-head last night at the Sprite NBA All-Star Celebrity game at Madison Square Garden, Butler's team, The West, beat Common's squad, The East, yet, Butler's moves seem to be the talk of the music world. Take a look at one of his shots below:

Posted by Salvatore Bono at 2:19 PM