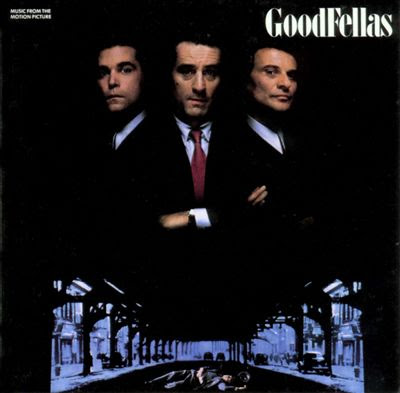 When Martin Scorsese sets his sight on a film it is something to admire but when he gets involved in the soundtrack, now, the game has changed. When he released his mafia masterpiece Goodfellas 25 years ago, Scorsese not only created a timeless picture, he curated a timeless soundtrack.

Using only songs that were current or older to the era in which his story was told, the director gave himself boundaries that he would adhere to send his vision forward. In what is one of the most expensive musical licences for a film, using a whopping 48 songs in just the film alone, he picked 12 for the soundtrack that was released to the public.

For what the consumer was able to get he picked Cream, Bobby Darin, Billy Ward and His Dominos, The Cadillacs, Derek and the Dominos, Muddy Waters and more. The album still transport listeners to the famous scenes in which the songs were used and will make you want to dance like Spider in the film -- and just hope your fate is better than his.
Posted by Salvatore Bono at 7:15 PM